Lease Break Clauses – What If You Change Your Mind? 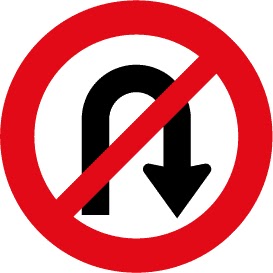 *PLEASE SEE THE NEW UPDATED VERSION OF THIS POST FOR 2020 HERE*
What happens if you're a tenant, you serve a break notice terminating your commercial lease, then subsequently change your mind?
Let's say you are a medium sized company operating from premises that are starting to seem too big for you now that you might have to let a bunch of people go.

The lease stretches ahead for a number of years but then you remember there’s a break clause giving you a once-only opportunity to cut and run.

It’s in a year’s time, but you have to give at least 9 months’ notice in writing. You ask your lawyer to serve it straight away, so you don’t miss the deadline later on. Your lawyer serves the break notice on your landlord and you start looking around for somewhere smaller and cheaper.
Then a couple of months down the line a big new order comes in together with the opportunity to take on new staff. That new space you’ve found won’t be big enough now. In fact, the best thing of all would probably be to stay put.

The answer is, no. Once it has been served, that’s it. You cannot take it back unless the landlord agrees.
If the landlord says yes, then it’s good news so far as staying put is concerned, but it doesn’t mean you can simply carry on as though nothing has happened and let bygones be bygones.

The law, in another of its “beware of unintended consequences” moments, says that if both parties agree to a withdrawal of a break notice, then an implied new lease takes effect from the expiry of the break notice, even if the landlord and the tenant agree to withdraw the notice before it expires.
This is thanks to a case decided way back in 1868 (Tayleur v Wildin), which a lot of learned folk think was wrongly decided, but it has nevertheless been followed ever since and remains the law until someone is brave enough to challenge it.
The implied new lease will be on the same terms as the old lease, save as to term length (which will start on the break date and continue until what would have been the last day of the old lease).

On the face of it that might seem no big deal, but the unintended consequences of a new lease being implied could be very unwelcome, to both parties.

The knock-on effects might be as follows (the first five being potentially more of a problem for the landlord than the tenant):-
·         The implied new lease won’t be excluded from the Landlord and Tenant Act 1954 even if the old lease was excluded. The tenant might therefore get security of tenure through the back door.

·         If the old lease was an “old” lease under the Landlord and Tenant (Covenants)Act 1995, the implied new lease will nevertheless be a “new” lease under the 1995 Act. Former tenants and guarantors under the old lease would be released. The usual release provisions would apply on future assignments of the implied new lease, and the landlord would have no express right to ask for an authorised guarantee agreement.

·         Repairing obligations requiring a tenant to repair to a standard at the beginning of the lease would now relate to the beginning of the new implied lease, potentially leaving the premises in a worse state of repair. Any claims for dilapidations began under the old lease would be extinguished. Likewise any outstanding claims the tenant might have against the landlord would also be lost.

·         The position under any outstanding rent reviews and the backdating of revised rent to a review date under the old lease is unclear.

·         It may be the case that consents should have been given to a new lease, eg from a superior landlord or a mortgagee. The absence of those consents might make the implied new lease at risk of forfeiture.

·         There may have been side letters and supplemental  licences (eg licences to alter) relating to the old lease and benefitting the tenant which would no longer apply.

·         Because there is no common law right of apportionment when a break date falls between quarter days, although the tenant might have already paid under the old lease for the period from the break date to the next quarter day, the tenant would be liable to pay for this period again under the implied new lease.

·         If the tenant forgets to register the implied new lease then it will only have an equitable lease. If the landlord later sells on its interest, the tenant will only be protected against the buyer if it is in actual occupation (it might not be if it has sublet).
If both parties want to agree to the withdrawal of a break notice, the safest course of action is to document this by putting in place an actual new lease and dealing with 1954 Act exclusion, consents and guarantees as necessary.

If appropriate, earlier licences and side letters can be incorporated in the new lease by reference.
However, there might even be an unintended consequence of putting in place an actual new lease rather than living with the implied new lease, which is that there may be SDLT to pay on an actual new lease if no overlap relief is available (especially if an increased rent is payable, or the premises have been extended).

This is one instance where the situation could actually be better if you don’t document a new lease and is a rare instance of the Revenue being generous.

This is because the Revenue’s SDLT Guidance (SDLT M17030) states that although an implied new lease is created by rule of law when both parties agree to withdraw a break notice, the Revenue will treat the implied lease as though the old lease is continuing for SDLT purposes, which would mean there is no more SDLT to pay.

However, any benefit from an SDLT point of view would have to be weighed against all the other potential downsides of an implied new lease.
There might be some clever ways round the problem created by Tayleur v Wildin.

One possible ploy would be for the parties to vary the lease so as to provide that the notice could be unilaterally withdrawn before it expires, and then to withdraw the notice.

This has never been tested in the courts however, so it might not work.

Another possibility would be to vary the break clause to include some pre condition (such as giving up vacant possession on the break date), or it might already contain such a condition anyway, and then simply not comply with the condition so the break notice becomes ineffective.

This is very risky however if you are the tenant, because the landlord might simply choose to waive the condition at the last minute and treat the lease as having been terminated.

It’s also not been tested in the courts.
The moral of all this has to be don’t serve a break notice unless you are absolutely sure you want to go.

Breaking up may be hard to do, but getting back together again can be a nightmare.
Posted by Jon Dickins at 09:45