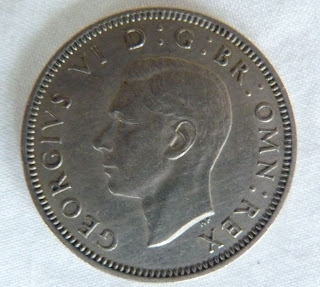 The King’s Speech is a fine film (notwithstanding the occasional bit of historical inaccuracy, eh Sir Winston?) which deserves to do well at the Oscars this weekend. [Update September 2013 - This is a blog and this is an old post (long forgotten but now bizarrely resurfaced!), in case you're wondering why I'm blathering on about a film now gathering dust at the bottom of your Blue Ray pile!]

But what relevance does the monarchy still have when it comes to land ownership in England and Wales?

Its relevance, from a land law perspective, lies in the small trace of feudalism still lingering in our property laws today.

Although owning a “freehold” title to land is the best you, a mere mortal, can get, it doesn't mean your ownership of the land is all-embracing.

If you own a freehold, what you actually own is an estate or “interest in possession” in land.

Sometimes it's called a “tenancy in fee simple”. It's superior to a leasehold interest, but it's still inferior to the hierarchical interests of the “feudal lord of the estate”, which, in the “modern” era (that’s now, believe it or not), means the Crown or one of the Royal Duchies (Cornwall or Lancaster).

The underlying ownership of all land in England by the Crown has existed since the Norman Conquest. There is, even today, always a presumption in favour of the Crown unless it can be proved that land belongs to someone else.

Is there ever a time when this feudal remnant has any practical relevance?

Most of the time, no. We don’t live in an absolute monarchy and our registered titles (proof that we own our freehold “interests”) are guaranteed by the state through the Land Registry.

There's still an instance however where that freehold “interest” can be removed from existence, under the little talked about common law prerogative of escheat (pronounced “eesheet”), an old French legal term.

This happens when the land is disclaimed as onerous property following insolvency, for example by a company’s liquidator or an individual’s trustee in bankruptcy. The liquidator or trustee might want to do that if ownership of the land is basically a liability, when it is “onerous” property.

When a freehold interest is disclaimed it no longer exists. The land ceases to be owned by anyone.

Escheat operates to ensure that land isn't left in limbo and without an owner.

Escheat isn't governed by statute; it makes no difference whether the land is registered or unregistered; and it can only happen to freehold land.

Under common law the interest in possession of the discalimed land reverts back (is escheated) to the Crown and becomes land held by the Crown in “Royal Demesne” (pronounced “de-main”), sometimes referred to as the “allodial” lands of the Crown.

The escheated land is owned by the Crown but it isn't part of the Crown Estate.

If all this surprises you, there was even a time in the dim and distant past when an owner could lose his freehold interest by escheat if he were convicted of a felony.

The escheated land remains subject to any charges or other encumbrances created by the former freehold owner or its predecessors.

Leases, rentcharges, mortgages and other inferior interests are therefore not affected, but (and this is where things can become complicated) the Crown doesn't assume any liabilities for escheated property and so wouldn't be liable for any landlord’s lease covenants, for example.

I mentioned this in my post What Happens If Your Landlord Goes Bust?.

All is not lost to royal fiefdom however, as any person with an inferior interest can make an application for a vesting order, effectively getting the land back from the Crown by the grant of a new freehold estate.

This is a complex issue however and you need to take specialist advice if you ever find yourself in this position.


Some guidance is provided on the Crown Estate website.

The Crown is usually represented in escheat matters by Burgess Salmon, which has carved out a niche for itself in this area, unless the land is escheated to one of the Royal Duchies, in which case it is usually dealt with by Farrer & Co.

So does escheat happen often?

Although this may all seem a bit arcane, roughly 300-500 freehold estates escheat to the Crown every year.

Indeed it's relatively common for a liquidator or trustee in bankruptcy to disclaim the common parts of freehold blocks of flats, because they have no real value and would otherwise be a burden to the estate.

Usually in that situation the owners of the flats would collectively apply to have the ownership of the common parts vested in them, or more usually in a management company set up by them for that purpose.

Or the land might be a private road, in which case the householders alongside it might apply for ownership.

Disposals of escheated land by the Crown are made at market value.

Until recently, land held by the Crown in Royal Demesne couldn't be registered because it was not held under any feudal tenure (meaning it wasn't freehold or leasehold) and the Land Registration Act 1925 only allowed interests in land to be registered.

This created a slow leak of property out of registration, amounting to hundreds of freehold titles every year.

Things changed after the Land Registration Act 2002 and an escheated title is now noted on the register.

There's also another way for the Crown to come by property – bona vacantia – such as when a company that still has assets is dissolved.

Just to confuse matters, however, it's open to the Treasury Solicitor to disclaim any property which vests in the Crown as bona vacantia, and if it does so it's then subject to escheat. So it goes back to the Crown, albeit in a different form!

Also, if a dissolved company is foreign, then its freehold land reverts to the Crown by escheat.

Of course the Crown, through The Crown Estate, still owns a great deal of other land (worth over £6.6 billion), including over half of the “foreshore” (those shifting areas between high tide and low tide on the beaches around Britain) and all of the seabed out to 12 nautical miles.

However, that's “real ownership” of the feudal interest, rather than the more esoteric position assumed by the Crown under escheat.

Revenue from Crown Estate land goes to the government, and in return the monarch receives a fixed annual payment known as the Civil List.

September 2013: I'm not aware of anything interesting happening in the world of escheat since writing this post nearly three years ago, but I haven't checked, so who knows? The usual disclaimer applies...!
Posted by Jon Dickins at 08:30