Max Headroom: Ownership Of Airspace – Can You Reach For The Stars? 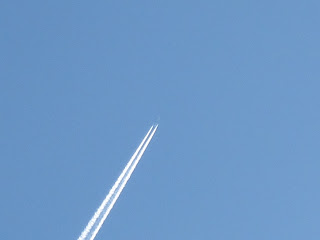 If you own a freehold interest in land, how much of the airspace does that include?

First, a bit of gratuitous Latin.

Meaning the owner of the land owns everything up to the sky and down to the centre of the earth, or more poetically, “for whoever owns the soil, it is theirs up to heaven and down to hell.”

“A colourful phrase often upon the lips of lawyers since it was first coined by Accursius in Bologna in the 13th century”, to quote Justice Griffiths, in Baron Bernstein of Leigh v Skyviews and General Ltd [1978] QB 479, in an all too rare example of judicial humour, in land law at any rate.

However, before you start thinking about fencing off parts of the solar system, Justice Griffiths in Bernstein introduced some clarity to this Latin maxim, by stipulating that a landowner’s rights in the airspace above his property do not extend to an unlimited height. Otherwise, every time a satellite passed over a suburban garden it would be committing a trespass.

Instead, the rights of an owner in the air space above his land are limited to such height as is necessary for the ordinary use and enjoyment of the land and the structures upon it; above that height the landowner has no greater rights in the air space than any other member of the public.

Civil aviation can therefore continue, as under the Civil Aviation Act 1982 it is a defence to an action in trespass or nuisance for aircraft to fly at such a height which is reasonable under the circumstances.

Getting more down to earth, where there is an interference with the legitimate rights of the freehold owner, then the owner can assert those rights by an action for nuisance or trespass. This might happen for example where a neighbour allows an advertisement to overhang your premises, or where a crane on adjoining land swings over your property without your permission (usually given in the form of a crane oversail licence).

How high can you build?

This will usually be a matter for planning control. Your planning permission will govern the height of your development. Rights of your neighbours to light may also be relevant (see my post Let There Be Light etc).

If your building is going to encroach upon or overhang someone else’s airspace, then you will need their permission to do so.

This is something that often gets forgotten about when structures are built close to the highway. If anything is going to jut out over the highway, then you first need to get the highway authority’s consent.

What about leasehold property?

Here it depends on what is included in your lease, often referred to as the extent of your demise.

The general rule is that a lease of a whole building or of the upper portion (including the roof) includes the airspace above it, unless the lease expressly excludes it. That airspace will be limited to such height as is necessary for the ordinary use and enjoyment of the land and the structures upon it, just as it is for the freehold owner. [Update - there has been an important case on this since this blogpost was originally written which provides a more nuanced statement of this principle and which implies that the airspace might not be automatically included in all circumstances - see my 2014 blogpost here  and as always do not rely on this blog for any specific problems you may have on this issue; please discuss them with your appointed legal adviser].

This can be important in determining who has the right to exploit valuable airspace.

For example, if the airspace is included in your demise, this might prevent your landlord letting valuable roof space to telecoms operators. It might also limit your landlord’s ability to place air conditioning units on any adjacent property it owns, even if they are several metres above ground level, if they overhang the airspace that has been included in your demise.

Conversely, if the airspace is excluded from your demise, then you would not be able to put, for example, aerials or satellite dishes on the roof without your landlord’s consent (which he does not have to give), unless you have included a specific right in your lease to install such items.

If your lease does not include the structure of your building (if it is an “internal” demise), then the airspace and the roof itself will be excluded from your demise, and so if you want to install things on the roof, you will need express rights to do so in your lease, together with rights to run cabling as necessary and rights of access to the equipment on the roof for the purposes of maintenance, repair and replacement.

This report from Wragge & Co of a recent case (Rosebery Ltd v Rocklee Ltd) demonstrates how, in a residential context, it is important that leases which include airspace should be carefully drafted to ensure the height of the demised airspace is properly defined.

In Rosebery the problem arose from granting a lease of airspace to a tenant for them to build another storey on top of their 6th floor flat, and how that impacted on the rights of the 7th floor flat owner to the airspace above the roof of that extension in a building which narrowed towards the top.

The issue in Rosebery is far too complicated to describe accurately in a post like this, so for a summary of the problem and the decision – see the Wragge & Co piece!

The case illustrates how important it is to consider and, if necessary, define airspace carefully when granting and accepting leases and particularly, where tenants want to build extensions, supplemental leases.

As you might want to say to yourself if the going gets tough in lease negotiations.