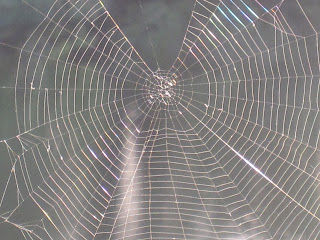 Another month another case on break notices.
I’ve covered break clauses fairly extensively in this blog already. See my posts Lease Break Clauses – When Is A Landlord’s Break Clause Effective? Lease Break Clauses – What Can Possibly Go Wrong? Lease Break Clauses – What If You Change Your Mind? and Lease Break Clauses – What Should You Agree In A New Lease?
However, in an age when more and more tenants are looking to get out of property they no longer need or can no longer afford, it’s a topic that runs and runs as it’s all too easy for tenants to get it wrong, for landlords to get it wrong, and in the most recent case, for landlords’ managing agents to get it wrong.
The latest comedy of errors came to court in January in MW Trustees Limited and others v Telular Corporation [2011] EWHC 104 (Ch) (31 January 2011).
The tenant was able to end its lease on 1 March 2010 as long as it had first given its landlord six months' notice in writing (and paid rent and other sums due up to the break date).
In October 2008, the original landlord had transferred its interest in the property to MW Trustees who held the property on trust for two pension funds. The tenant was told about this and this was not contested at the trial.
The landlord’s transfer was duly registered at the Land Registry and a rent demand was issued to the tenant in the name of the new landlord.
However, when the tenant came to serve its break notice, it made a mistake and served it on the previous landlord.
This is because, although the tenant as a company knew about the change of landlord, its Chief Financial Officer, who was entrusted with serving the notice, did not.
Nevertheless, the notice did actually reach the current landlord.
The current landlord’s managing agent then sent an email to the tenant, copied to the current landlord, saying they accepted the break notice served on the former landlord and confirming that they were happy for the tenant to break the Lease.
The agent went on to ask for a new break notice to be served on the current landlord.
No new notice was served.
The landlord subsequently struggled to find a new tenant and so tried to argue that the managing agent’s email required a further notice to be sent in order to operate the break clause and that, because that further notice wasn’t served, the break was never exercised.
The tenant argued that the request for a further notice was only a formality and that the original break notice had already been accepted by the wording used in the managing agent’s email.
The tenant won.
The Judge decided that the managing agent’s email had the effect of accepting that the original notice had terminated the Lease. This meant the landlord had lost its right to argue that serving the original notice on the wrong person had prevented the break operating and the landlord could not deny the validity of the original notice.
The tenant basically got away with it on this occasion thanks to the landlord’s managing agents saying they accepted the original break notice.
So the warning for landlords is to make sure you instruct your managing agents not to accept notices on your behalf without clear and express instructions to do so in each case.
However, the Judge did also give a warning to tenants.
The Judge said that a landlord is under no duty to tell a tenant that he believes a notice has not been validly served.
In this case, the best thing the landlord could have done was to have simply acknowledged receipt of the notice and said nothing else. Then the landlord would have been able to challenge the validity of the notice at a later date if, as in this case, it had wished to do so.
By saying nothing, the landlord could have caught the tenant in its web.
The case therefore underlines the importance of making sure you know who the current landlord is before serving your notice and making sure the person who is actually tasked with serving the notice has that information.
So apologies for revisiting the thorny subject of break clauses again, but given the opportunities that abound for messing these things up, I bet it won’t be the last we hear on the subject.
Posted by Jon Dickins at 10:56