Shadow Boxing - Can You Lose Your Right To Light? 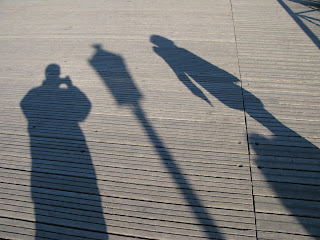 The right to light is not just a planning issue, but is something that has also long been enshrined in our land law.

Can it be taken away?
In my post Let There Be Light – Developers, Skyscrapers & The Theory Of Everything I explained how a right to light is more than just a personal right - it is an easement, permanently benefitting the land that enjoys the right and permanently binding the land over which it is exercised.
But, unless it has been formally granted by a deed, it normally takes 20 years for a building to acquire a right to light through its original windows. That is called acquiring the right by “prescription”.
If you are the lucky owner of a building with windows that have received natural daylight for 20 years or more then you are entitled to forbid any construction or other obstruction that would deprive you of that illumination. Your neighbours cannot build anything that would block the light without your permission.
But what if your building has not yet acquired those rights, and there are no deeds giving you rights to light? Can a developer do anything to prevent you from acquiring a light easement by prescription?
In some circumstances, yes.
A developer might be able to use the Light Obstruction Notice (“LON”) procedure (a creation of the Right of Light Act 1959).
Here is a link to a useful flowchart produced by Nabarro which explains the procedure, and when it is available, in more detail.
In short, it allows the developer to apply to the Lands Tribunal for a certificate for registration of a LON. A separate application is required for each building.
The developer must apply before a right to light has been enjoyed by a neighbouring building for 19 years. There’s a fast track emergency procedure if any of the adjoining buildings are near to 19 years and 1 day old.
The application must include details of everyone with an interest in the affected building (which includes freeholders, leaseholders and mortgagees in possession). The Tribunal will direct the developer to serve a notice on all those persons.
The Tribunal will then issue a LON certificate, which is registered by the local authority in the Local Land Charges Register (so it will show up in any local searches).
There then follows a period of 12 months from that registration during which, as a neighbour, your right to light is deemed to be interrupted, by a ghost from a possible future.
It’s as though a virtual building has appeared in a parallel legal universe. It’s not actually blocking your light, because it’s...erm... not there, but the law (tiptoeing into the crazy world of quantum physics) pretends it is there.
The LON is an alternative for the developer to the less subtle practice of actually building a screen (useful in some situations, but less so in built-up areas) or even starting the development itself, which would of course be risky.
So how do you fight a shadow?
You can, but you have to act quickly, and it will involve quite a lot of hassle.
You might be able to reach an agreement with the developer if you can show that you do have rights to light. If you can clearly demonstrate your rights, this will be worth a try.
Otherwise, anyone who has an interest in the affected building must challenge the LON within 12 months of its registration by issuing proceedings in court, and then serving those proceedings within 4 months.
You will only be successful in those proceedings if you can prove your building has enjoyed light for 20 years before registration of the LON certificate.
If you are unsuccessful, then the developer can build, depending on what planning permission it can obtain.
What if you have more pressing things to worry about than shadow boxing?
If you do nothing, then your building’s prescriptive rights will be lost at the end of the 12 months. Not entirely, however - you will be back to a prescriptive year zero. The clock simply starts ticking again, so if nothing gets built then 20 years later, your building will have reacquired its prescriptive rights!
That’s not an ideal strategy though if you are concerned more about the here and now. In any case, a future developer would be able to start the whole process again (by that time probably via the medium of Web 5 and some intergalactic avatar...unless we have regressed and developers have gone back to putting up pieces of plywood instead).
One thing is clear, if you receive a LON notice and you think you might have grounds to object (and you want to object) you should waste no time and take professional advice.
Posted by Jon Dickins at 11:08