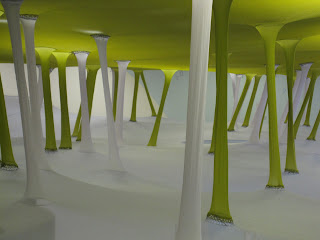 What can you do if your lease doesn't allow you to sublet your premises at a rent which is less than the rent you are required to pay under your lease, sometimes called the “passing” rent?*

This is a subject I touched on in my post How to Sublet Your Premises etc. It’s a common problem nowadays so I’m going to look at it in more detail here.

In a difficult market like today’s, it might be impossible to find someone willing to pay rent at the level you had to agree to back in the boom.

You might however find someone who is keen to move into your premises (or part of them), and who is prepared to pay a lower rent which reflects the current market (the “market rent”).

What you can’t do – side letters and collateral agreements

People used to try and get round this problem by concealing from their landlord the real bargain they had struck with their subtenant.

The tenant would grant a sublease at passing rent and show it to their landlord, but at the same time enter into a side letter or collateral agreement with the subtenant saying they would really be charging them less than the passing rent.

That practice was effectively outlawed as long ago as 2002 by the Court of Appeal (in a case called Allied Dunbar plc v Homebase Ltd [2002] EWCA Civ 666) and is no longer a viable option.

So what can you do?

You could ask your landlord to waive the restriction.

An open and honest approach might work and you might be able to persuade your landlord of the advantages of allowing the subletting to go ahead.

For example, you might be in a difficult financial position where subletting, even at a discount, is the only real alternative to defaulting on your rent or becoming insolvent, and it might therefore be better for the landlord, if it's pragmatic, to agree to this rather than be left with empty premises (and potentially an empty rates burden).

Or you might be lucky and your landlord is one of the enlightened organisations who signed a BPF declaration issued on 20 April 2005 saying they would generally be willing to agree to waive passing rent conditions to permit subletting at market rent.

The declaration said “we wish this to become standard policy for the commercial property industry and would call on other owners and investors to follow suit”.

That approach has since been reflected in the Code for Leasing of Business Premises 2007.

It includes twenty of the largest property owners in the UK, including British Land, Capital & Regional PLC, The Crown, Grosvenor, Hammerson and Land Securities.

There are some exceptions however where even the signatories to the BPF declaration will not agree to a waiver, which are:-

·         Where the landlord is prevented by an existing contractual arrangement, such as a provider of finance

·         Where the landlord is prevented by a superior lease

·         Where the tenant has refused the landlord’s request to vary the lease removing the restriction on subletting below the passing rent.

But if your landlord does not support the declaration, it might refuse to waive the condition.

What can you do if waiver is not an option?

Where your lease allows it, you might be able to set up a reverse premium, either payment of a lump sum to your subtenant or, more likely, the setting up of a fund out of which you pay some money back to your subtenant on rent payment days to offset some of the rent they have to pay to you under their sublease.

The Court decided this was allowed.

You need to check that your lease does not prohibit reverse premiums. If it's silent on the point, then it's allowed.

However, there are some obvious drawbacks to this approach.

You have to be able to come up with the money and, even if you can, you have to be willing to tie the money up for the duration of the sublease, which might be quite a long time.

For many tenants, where funds are tight, which might be the reason why they are subletting their premises in the first place, this method will simply not be feasible.

Another possibility is to set up an indemnity for your subtenant from a third party.

If you're part of a corporate group you might be able to get another group company or your parent company to give that indemnity.

This would basically be a collateral agreement for the third party to pay the subtenant the difference between the passing rent and the rent the subtenant is willing to pay.

A word of warning though.

This method hasn't yet been tested in the courts and so there is a risk it may be found to be unlawful*.

Third party indemnities were considered in passing by the court in Crestford Ltd v Tesco Stores Ltd [2005] EWHC 805 (Ch). It was not the main point at issue in that case, but comments were made by the judge that such indemnities would be regarded differently from the kind of side arrangements outlawed by the Allied Dunbar case.

Many commentators therefore see this as a practical solution in some circumstances, although they all have to caveat that advice with the warning I have given that, until it's properly tested in court, this method is at risk of being found unlawful*.

Subletting in a falling market can be a tricky business. It’s hard enough at the moment to find someone who is willing to pay even the market rent, never mind rent at the levels being agreed in the mad old days when we were being persuaded by supposed financial geniuses that the laws of financial gravity had been rewritten.

When you want to sublet you need to check the terms of your lease very carefully and take professional advice.

As this post has found its way back into the "Popular Posts" column I should add a warning that it was written two years ago. I'll have a look and see whether their have been any more recent cases on the points raised above, but in the meantime you have been warned!
Posted by Jon Dickins at 09:58