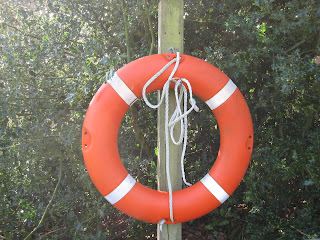 Conditional contracts are widely used in the commercial property world.
A prospective buyer or tenant might only be willing to take on a property once something has happened to make it suitable – so the contract will be made conditional on that thing happening.
A contract might be conditional, for example, on the grant of planning permission for a particular type of development; or on the remedying of a title defect; or on the carrying out of remediation works to the ground or buildings. These are just a few of the conditions that might be appropriate.
Or the contract might be conditional on the consent of a third party, for example in the case of leasehold property, a landlord’s licence to assign the lease to the buyer – without which the transaction cannot lawfully proceed.
Conditional contracts provide more comfort for a seller than simply granting the buyer an option to buy the property. This is because once the condition has been satisfied, the buyer will become contractually obliged to complete the purchase.
The contract will usually set out a timetable for satisfying the condition, with a long stop date after which one or both parties are given the right to terminate the contract by giving written notice to the other.
But what if one party wants to waive the condition and complete anyway - in other words, pretend the condition has been satisfied or that the contract was unconditional?
Say for example time is running out under the contract to get planning permission, but as a buyer you still want the property because prices are rising and you know you’ll either be able to get planning eventually or even sell it on at a profit without planning (remember those days?!). In those circumstances the buyer might want to waive the condition and call for completion.
Many contracts will spell out whether a party has the right to waive a condition and what will be the effect of a waiver on other terms of the contract, such as a right to terminate – if you are waiving a condition you want to make sure the other party no longer has a right to terminate the contract for failure to satisfy the condition, otherwise the waiver does not work..
It is a good idea to try and agree these points when negotiating the contract and make sure they are drafted accordingly.
As a buyer, if you have built in suitable terms of waiver, then in the example I have used you would simply give the seller notice of waiver in the time set out in the contract and the contract would then provide for a short time between that notice and completion.
But what if the contract is silent on waiver?
In a recent case - Irwin v Wilson [2011] EWHC 326 (Ch) -  the High Court has had to decide on this issue.
The court ruled that a party to a contract may waive a condition so long as that condition is solely for that party’s benefit and it is severable from the contract (which means the rest of the contract can be performed without it).
However, the waiver cannot revive the contract if notice has already been given to terminate it.
This can get complicated, which is why it is better to deal with the matter head on in the contract.
For example, if the contract gives both parties the right to end it if the condition is not satisfied, that does not necessarily mean the condition is of mutual benefit and therefore not capable of being waived unilaterally by one party.
See what I mean?
That is what happened in Irwin v Wilson. It concerned a title defect (the wrong plan had been attached to a lease of a flat, which had then been registered at the Land Registry – whose Stalinist plan approval regime amazingly seemed to overlook the error on this occasion). The contract was conditional on sorting that out within a certain time frame, failing which either party had the right to terminate the contract.
The buyer moved in after exchange, but despite having tried to sort out the defect, the seller was unable to do so in the time allowed. The seller then served notice to terminate the contract, so the buyer tried to waive the condition and call for completion anyway.
The judge said there was no doubt that the condition was for the exclusive benefit of the buyer – as it was like a term stating what title the seller must give.
The judge also ruled that the condition was severable from the remainder of the contract and that there was no difficulty is setting a completion date either from the date of waiver or as though there had been no condition in the contract in the first place.
Unfortunately for the buyer, what torpedoed its case here was not the waiver as such, but the fact that the seller had already terminated the contract before the buyer had waived the condition.
The judge, following an earlier Court of Appeal decision in Akzo Nobel UK Ltd v Arista Tubes Ltd [2010] EWCA Civ 28, ruled that waiver of the condition could not revive the contract once notice had been given to terminate it.
If the seller’s notice had given further time, say a few more days, for satisfaction of the condition failing which the contract would terminate, then the buyer might then have been able to waive the condition. As it was, the seller’s notice ended the contract immediately so it was too late for the buyer.
So to make sure you can waive a condition, rather than end up drowning in a quagmire of legal argument, do yourself a favour and try and deal with it up front when agreeing the contract in the first place.
Posted by Jon Dickins at 15:28