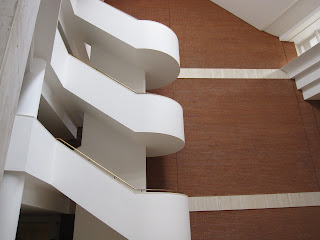 Will there soon be clarity on the position of guarantors under leases?
Don’t hold your breath.
The commercial property world has been muddling through in the aftermath of last year’s decision in Good Harvest Partnership LLP v Centaur Services Ltd [2010] EWCH 330 (Ch).
You can view my older posts on this case here.
But to save you the trouble of crawling through the annals of Digging the Dirt, basically Good Harvest confirmed what everyone had suspected, which is that when a tenant that has a guarantor assigns a lease, the outgoing tenant’s guarantor cannot give a guarantee for the incoming tenant – either directly or by way of an authorised guarantee agreement (AGA).
This is because of the Landlord and Tenant (Covenants) Act 1995 (1995 Act).
Nor can the original guarantor give repeat guarantees for successive tenants.
This has been a rather large fly in the ointment on group company reorganisations.
Good Harvest also cast doubt on the validity of parallel or sub-guarantees – where the outgoing tenant gives an AGA for the incoming tenant and the outgoing tenant’s guarantor guarantees the AGA.
Although Good Harvest was not about parallel or sub-guarantees, the judge nevertheless made some comments to the effect that he doubted that they worked either.
Those types of guarantee were, and are, quite common and so the judge’s aside managed to cause something of a collective nervous breakdown amongst property lawyers and commentators and a frantic search for alternative methods of preserving covenant strength in what was already a difficult enough market without throwing legal impediments in the way.
Here is an earlier post referring to some of the options, and here is a recent article by Mischon de Reya which suggests some more creative and convoluted ways round the problem.
None of these suggestions is entirely satisfactory. What’s more, it is absurd that the law has made it necessary for anyone to go to such lengths to try and achieve something so straightforward.
What a sorry state of affairs for anyone trying to run a business, either as a landlord or a tenant.
Good Harvest was on its way to the court of appeal for a hearing set for 29 June 2010 when, on the day before, the parties decided to settle the matter out of court instead.
Subsequently the first instance decision was applied, albeit with some reluctance, by the judge in K/S Victoria Street v House of Fraser (Stores Management)Ltd (2010)PLSCS 278 (sorry, no link for this one).
Although the judge in Victoria Street said there were “difficulties with parts of the reasoning of Newey J in Good Harvest”, he felt constrained to follow the decision in it, and held that the 1995 Act prevented a parent company that had given a guarantee to one company in the group from giving a guarantee if the lease was assigned to another group company.
So much for freedom of contract.
Victoria Street has been appealed and the hearing will, or rather might, be in May.
Here we see the limitations of judge made law when there is a pressing need in the marketplace for clarity on a matter. (I could rant my way into the middle, or muddle, of a third rate jurisprudential essay on this – or maybe I have already!).
Many legal commentators over the last year have expressed disappointment that the parties in Good Harvest reached an out of court settlement, as it has left us with an unsatisfactory outcome.
Perhaps they think the unfortunate litigants had some kind of civic duty to bankrupt themselves through the court of appeal, and probably beyond, so as to clear up the confusion left by the first decision, all for the greater good.
It was “disappointing” too that, the parties settled out of court in the rights of light case, HKRUK II (CHC) Limited v Heaney (2010) EWHC 2245 (Ch), which I reported on here.
It happens.
The law does not inhabit an ivory tower.
Real life often gets in the way, especially when presented with the colossal expense, uncertainty and investment of time that goes with the territory of getting caught up in a 21st century Jarndyce v Jarndyce.
Meanwhile, commercial property law is failing business if the simple matter of a corporate reorganisation cannot happen because of legal hair splitting resulting from ambiguities in an act of parliament passed 16 years ago.
The 1995 Act, whilst sweeping away what many saw as the iniquity of original tenant liability throughout the lease term after assignment, unfortunately appears to have taken away the freedom for a tenant to offer its guarantor as a continuing surety if it wants to do so.
We are left with the frankly ludicrous situation that a parent company that has guaranteed a tenant, cannot even voluntarily guarantee an assignee that is in the same corporate group.
What’s more, investor confidence, already low, will be even slower to recover if a landlord can no longer rely on guarantors’ covenants following an assignment.
Perhaps we will get clarification in the court of appeal in May.
But is it right that obtaining clarity on the position of guarantors under leases should ultimately depend on the parties to an appeal not being able to reach an out of court settlement over the next month?
Or is this issue one of sufficient importance that requires, demands, clarifying legislation?
Posted by Jon Dickins at 09:27