Right To Light Gets Heavy 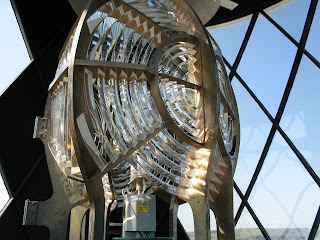 It has just become even more crucial for developers to resolve all rights to light issues before starting on a development.
In my post Let There Be Light etc  I referred to the case last year of HKRUK II (CHC) Limited v Heaney (2010) EWHC 2245 (Ch) where the High Court ordered a developer to remove part of the top two floors of a recently completed development, because they interfered with the right to light enjoyed by a neighbouring building.
The court granted a mandatory injunction instead of awarding damages, even though the offending floors had been let to a tenant by the time of the hearing, and despite the fact that both parties had been in discussion about the size of the development since before it had began.
In Heaney the court was applying principles established as far back as 1895 in Shelfer v City of London Electric Light Company (1895)1 Ch 287 that injunctions should be the norm and that damages should only be awarded in very exceptional circumstances, where the damage is small and it would be oppressive to grant an injunction.
Where the confusion has arisen is that since Shelfer the Courts have appeared to respond inconsistently to rights of light cases, refusing in some instances to grant an injunction where, for example, it would prevent an otherwise ‘worthwhile’ development. The courts have also appeared on occasion to take the view that the enjoyment of natural light is considered more important in a dwelling than in a commercial building.
In Heaney the court decided it would not be oppressive to grant the injunction, even though the top floors had already been let to a tenant, because HKRUK had been fully aware that it was interfering with Mr Heaney’s right to light, and had reduced the price it had paid for the building by £350,000 because of those rights.
But this was nevertheless a very expensive outcome for the developer.
The cost of removing the offending part of the building was reported to be close to £2 million, and there was the added complication of having to deal with the doubtlessly unimpressed tenant occupying the floors that now had to be made to disappear.
The developer lodged an appeal in the Court of Appeal and the property world was waiting for further illumination (cheap pun) on the subject.
Real life however has overtaken jurisprudence. The parties settled out of court this week and so, for them, the matter appears to be at an end.
This leaves us with the precedent set by first instance decision in Heaney, which seems to underline the older principle that an injunction is the suitable remedy.
The right of neighbours to light has got heavy again for developers, who will be running a big risk if they decide they can get away with ignoring potential light issues thinking the courts will only award damages.
The shadow of an injunction will, in many cases, influence the design of a development and could potentially increase development costs.
Posted by Jon Dickins at 09:07