Rights Granted In Perpetuity – Is That Forever Or Just A Mighty Long Time? 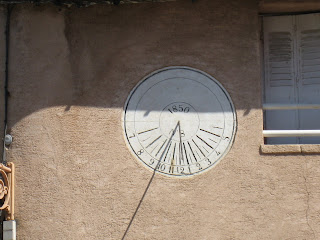 Can you grant a right over something which doesn’t exist yet?
At first glance, this might seem like an existential conundrum best suited to a philosophical forum, but in fact it’s a more prosaic question often encountered in the world of property.
For example, you might want to grant a right of way over a roadway that hasn’t been constructed yet, or a right of drainage through pipes to be laid at some unspecified point in the future. Or you might want to be given a right of escape over a walkway if one ever gets built in the future.
Can you grant rights to take effect in the future?
The short answer is yes, and for future rights granted since 6 April 2010 there's no restriction on your ability to do so thanks to the Perpetuities and Accumulations Act 2009, which abolished the old, rather eccentric, rules against perpetuities, under which land lawyers had laboured up to that point.
The 2009 Act was a welcome piece of legislation, but it wasn't retrospective.
So if you're relying on future rights granted before 6 April 2010, then the old law on perpetuities still applies and will determine whether the right can take effect.
Now this is a subject that has been the subject of much old case law and can get mind numbingly tedious, and so to stop you bouncing off to the wilder excesses of the internet I’ll try to keep it brief.
The previous great milestone in the world of perpetuities was 16 July 1964, the day on which the Perpetuities and Accumulations Act 1964 took effect.
With a future right granted before 16 July 1964, for the right to be valid it must have been granted to take effect within the common law perpetuity period.

That period was fixed at 21 years after the death of an identifiable person alive at the time the right was granted (usually the reigning monarch).

If there's any possibility at the time the right was granted, however unlikely or remote, that the right will come into existence after the perpetuities period, then the right is void and won't take effect.
With a future right granted after 16 July 1964 (but before 6 April 2010) the “wait and see” rule applies.

That rule says that if the right does in fact take effect within the relevant perpetuity period, it is valid. If it doesn't, it's void. The 1964 Act introduced a statutory perpetuity period of 80 years.
Because the 2009 Act isn't retrospective, you still have to know the old law when looking at future rights granted in old deeds.

Rights granted many years ago may still be invalidated by these arcane rules.
This was illustrated by the recent case of Magrath v Parkside Hotels Ltd [2011] EWHC 143 (Ch).

You can read the case in full, if you are of a mind to, by clicking on the link. Briefly it concerned a 1947 deed granting a right to alter and erect a fire escape between two neighbouring mews properties in London, and therefore subject to the pre-1964 common law rule against perpetuities.
The properties had been redeveloped since the original right was granted and one of the parties wanted to erect a new staircase.

Unfortunately for them, however, when the right was granted in 1947 it wasn't limited to take effect within the perpetuity period.

Because it was possible that a new fire escape might be constructed outside the perpetuity period, that meant the right to erect a new staircase was void.

Basically, because of the oddness of the old law, there was no right at all.
If the right had been granted after 16 July 1964 it would have been saved by the “wait and see” rule.
Thanks to the 2009 Act the old rules will gradually become less significant over time.
But the old law may still be relevant when you're carrying out due diligence on a property you want to buy.
Does the property have the rights the seller says it has?
Will it have a right over a future roadway or a right to use services which may be laid at some time in the future?
Or has time caught up with the supposed “rights” and made them disappear, or even divined that they never existed in the first place?

Update 28/8/12
This post has been revised since it was first published.
Posted by Jon Dickins at 10:48