How To Assign A Lease – Can You Do It? Can Your Landlord Stop You? How Do You Do It? 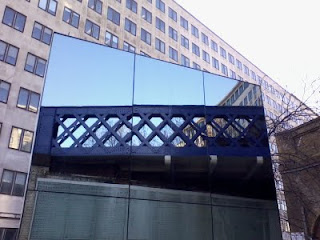 Moving on – what are the options?
There are many reasons why you might want to move on from your commercial premises.
They may be positive reasons – your business is expanding rapidly and your current premises are now too small or have become unsuitable, perhaps because you've taken on more people or adopted new processes or machinery.
Or the reasons may be more negative – you need to downsize, or you can no longer afford the rent.
What are your options?
You might be lucky enough to have a right to break the lease.

Here's a link to my posts on what you need to think about when serving a break notice and the need to make sure you get it right.
Or you might decide to sublet – either because you can't find someone to take an assignment of your lease or you only want to offload part of your premises.

Here's a link to my posts on subletting.

Why assign?
If you want to move out of your premises altogether and there's no pending break date, then your best option might be to assign your lease, if you can find someone to take it on.
Assignment means transferring your lease to someone else.
It's often better than subletting because you're no longer directly responsible for paying the rent and observing and performing the terms of the lease. That responsibility passes to the person you've assigned your lease to – your “assignee”.
One caveat though - you might still be indirectly responsible if your assignee defaults (more on that below).
Are assignments allowed?
First check your lease carefully.

Assignments will usually be dealt with in a specific clause, sometimes called “alienation” - or it might more sensibly be labelled “dealings” or “transfers”.
If your lease doesn’t say anything at all about assigning, then that means it's allowed and your landlord’s consent isn't required.  However, check if there's a covenant against “parting with possession”, as that would also prevent assigning.
If there's an absolute ban on assigning, you will only be able to assign if your landlord agrees.

Where there is an absolute ban, your landlord has an absolute discretion, doesn’t have to be reasonable, and can impose any conditions it wants.
Most commercial leases permit assignment, although there are some more “bespoke” leases, for example ones in which the rent (perhaps based on turnover) and terms are very specific to a particular tenant, which can't be assigned.
What do you have to do?
Commercial leases usually provide that you first have to get your landlord’s written consent to an assignment.
Your lease will usually go on to say that your landlord’s consent mustn't be unreasonably withheld, but even if it doesn’t, if your lease says your landlord’s consent must be obtained, the law implies that that consent can't be unreasonably withheld or delayed.
The consent process will usually involve you entering into a formal licence to assign with your landlord.
It's likely that your lease will also require you and your assignee to satisfy other conditions before the assignment is allowed.
What those conditions are will first depend on when your lease was granted.
If your lease was granted before 1 January 1996 then the law said the original tenant remained potentially liable for payment of the rent and observing and performing the other lease covenants for the whole term, even if the lease had been assigned many times. This is the indirect responsibility I referred to above.
In those leases, sometimes still called “old leases” by lawyers, because the landlord has the comfort of original tenant liability – and the potential liability of successive assignees – for the duration of the term, the main requirement will be to get landlord’s consent and enter into the licence to assign.
For many years the traditional investment model required a 25 year lease term, and so there are still many “old leases” in existence. Terms of that length are less common nowadays.
What's an AGA?
Leases granted on or after 1 January 1996 – still sometimes called “new leases” – don't make the original tenant potentially liable for the whole term because the law was changed from that date.
To compensate landlords (a bit) for that change, the law allows landlords to require an assigning tenant to enter into an “authorised guarantee agreement” (usually referred to as an “AGA”) under which the outgoing tenant guarantees the obligations of its immediate assignee, but not any future assignees (remember leases might possibly be assigned several times during their lifetime).
There's therefore still some indirect responsibility under “new leases” following an assignment, but it's more limited than under “old leases”.
So if your lease says you must give an AGA, then you have to do so, whether it's reasonable or not.
If the lease is silent, then your landlord can still require an AGA if it's reasonable for him to do so.
Does my guarantor also have to enter into the AGA?
You might have provided your landlord with a guarantor when you entered into your lease, for example a guarantee from a more powerful group company or a personal guarantee from directors.
The guarantor will have been required to enter into the lease and assume obligations set out in the lease which would take effect if you defaulted.
Can your landlord insist on your guarantor also entering into an AGA -   either (a) to guarantee the obligations of your assignee, or (b) to underwrite your own AGA obligations?
The short answer, is (a) no and (b) yes. These posts give more background.
Might there be other conditions to comply with?
Yes, there may well be.
Check the terms of your lease.
If it's an “old lease” it cannot specify what would be a “reasonable ground” for refusing consent to assignment – that is a matter for the court. The lease will just say the landlord’s consent must not be unreasonably withheld.

But old leases often contain pre-conditions that have to be satisfied before the assignment can take place – the most common being getting a direct covenant with the landlord from the assignee (which is given in the licence to assign and will last for the duration of the term); and a requirement for the assignee to provide a third party guarantee, also for the duration of the term.
There may also, less usually, be one or two other conditions - for example requiring the tenant to make an offer to surrender the lease to the landlord first.
“New leases”, on the other hand, can spell out any number of circumstances where it would be “reasonable” for the landlord to say no and conditions that must first be satisfied.
For example the lease might prohibit assignments to group companies.
Or it might require the assignee to satisfy certain profits and assets tests to show it is good for the rent.
There might be a prohibition on assigning to companies based outside the jurisdiction.
There might be a prohibition on assigning to certain competing businesses (although because of recent legislative changes competition law might now step in to outlaw some of those restrictions).
“New leases” also commonly require the assignee to procure a third party guarantee, as with old leases, but in this case the guarantee will not necessarily last for the whole term but just during the time that the assignee is the tenant.
These are just some examples. Your lease might impose other conditions as well – so look at it carefully.
When is it reasonable for your landlord to say no you can’t assign?
This applies to the general condition requiring you to get landlord’s consent in “new leases” as well as the standard consent provision in “old leases”.
If the covenant strength of your proposed assignee is poor, or the landlord has reasonable grounds for thinking your assignee will commit substantial breaches of covenant, then it might be reasonable for your landlord to refuse consent to the assignment.
In “new leases”, your landlord will also be able to refuse consent if the other assignment conditions set out in the lease haven't been met.
Can you assign part?
The vast majority of commercial leases that reserve a market rent – or “rack rent” - as opposed to a nominal ground rent, prohibit assignments of part, which means you can’t do so.
Generally speaking, you will have to sublet if you want to offload only part of your premises (and only then if your lease allows you to do so).
Leases of large areas at nominal ground rent (such as leases granted by local authorities) might permit assignments of part, but that's outside the remit of this post.
What can and what must your landlord do when you apply for consent to assign?
Where your lease allows you to assign, subject to getting your landlord’s consent, the Landlord and Tenant Act 1988 (the 1988 Act) imposes obligations on your landlord:-
·         To respond within a reasonable time
·         To give its decision in writing
·         To consent unless it is reasonable not to do so
·         Not to impose unreasonable conditions
·         To specify any conditions subject to which consent is given
·         Where consent is refused, to give the reasons
·         To pass on the application to anyone else (e.g. a superior landlord) whose consent is required.
It's for your landlord to show that it has acted reasonably.  If consent is withheld or delayed unreasonably, you as tenant (but not the assignee) have a statutory claim for damages.
Generally as a rule of thumb your landlord ought to respond to your request to assign within 28 days, however this isn't a statutory period and circumstances may mean that this is an unreasonably long time for your landlord to take.
Can your landlord demand a solicitor’s undertaking to have its costs paid before doing anything?
It's usually reasonable for a landlord (or its legal advisor) to ask for an undertaking for its reasonable costs to be paid. However, your landlord or its advisors shouldn't postpone dealing with your application while waiting for the undertaking.  Any delay might mean your landlord is in breach of its obligation to respond promptly under the 1988 Act.
Can your landlord demand payment for its consent to assign?
Other than reasonable legal and other fees, your landlord cannot normally demand a payment for consent to assign.  The two exceptions are:-
·         If there's a ban on assignments in the lease, in which case your landlord has an absolute discretion whether to allow it and can name its price; or
·         If your lease excludes section 144 Law of Property Act 1925 (but that’s rare).
Can you get round all this?
Generally speaking, no.
Waiting for a landlord’s licence to assign, notwithstanding the landlord’s statutory duties needs to be factored into your business plans.
You need to be realistic about timing, as it’s not all in your hands where third parties (namely landlords and their advisors) are concerned. You can try and exert some pressure and of course remind them of their statutory duties if they are dragging their feet, but there’s no point getting too emotional right at the outset – it’ll only upset them and send your blood pressure through the roof.
Update 28/8/12
This post has been revised since it was first published.
Posted by Jon Dickins at 09:00