Down the Drain – Private Sewers to be Taken Over 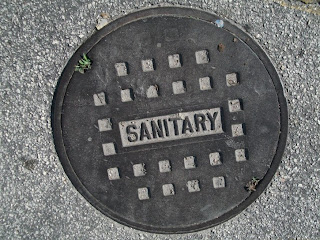 A quiet revolution appears to be taking place in the subterranean world of private sewers.
The government has decided that the automatic transfer of private sewers and lateral drains connected to the public sewerage system in England & Wales to the statutory water and sewerage companies will go ahead on 1 October 2011, with pumping stations to follow progressively up to 1 October 2016.
For drains, this is basically the part of the pipe running from the boundary of the property to the public sewer.
If, as a property owner, you want to retain control over these assets, you need to think carefully about how they will be affected and get ready to submit an appeal.
This briefing note from Clifford Chance provides helpful guidance.
This will lead to a big change of responsibility for sewerage services and lead to the transfer of thousands of sewers and drains, and eventually approximately 33,000 pumping stations.
What’s surprising about this is the timing – it all seems a bit hasty, to say the least.
The regulations dealing with this have been laid before parliament, but are not expected to come into force until 1 July 2011. In order to meet the October deadline, the water and sewerage companies will need to serve notices of the proposed transfer during July, giving the sewer owners only 2 months to appeal against their assets being included in the transfer.
So, during the period when many property owners might be digging sandcastles and water channels in the Mediterranean sand, they are going to have to get to grips with analysing the extent of their assets that might be affected by the transfer, see if it’s going to cause a problem and, if necessary, lodge an appeal.
As Clifford Chance points out, this might not be easy as the notices will not come with a plan; will be served on customers (who might not be the actual owner); and with complex sites, ownership might be difficult to establish.
Drainage assets will only be transferred if they are outside the site’s “curtilage”. That part of the sewer that is within your site’s “curtilage” and which serves only your property will be unaffected and will remain your responsibility. Sewers and drains leading to cesspits and watercourses will also not be included in the transfer. There are other exceptions, which are detailed in the legislation.
“Curtilage” is not defined in the legislation – the government decided, following consultation, that it was too difficult to define – so the courts will be left to settle any disputes. There are no comprehensive records of where private sewers are located (or what condition they are in).
Defra accepts that with complex sites this might be a tricky issue to resolve, but has not yet provided a solution. Clifford Chance understands that draft guidance might be available by the end of June – which again makes things challenging from a timing perspective.
Here is a link to the government’s response to the consultation, issued in March 2011.
If you think you might be affected, have a look at the Clifford Chance list of recommendations – the gist of which is to assess your drainage situation now; make sure the water company has your details for serving the notice; and if in doubt, lodge an appeal.

Appeals will be to OFWAT and must be made within 2 months of the notice. The grounds for appeal are expected to be (1) that the proposed transfer does not satisfy the relevant criteria and (2) that adoption of the assets would be "seriously detrimental" to the owner.

You might have negotiated drainage easements with so-called "lift and shift" provisions, which might allow you to move the drains in connection with future development. If those provisions are not going to be preserved by the transfer, I wonder whether that will be an accepted basis for appeal?
Defra says the costs of transfer will be met by an increase in the sewerage element of bills across the nine sewerage companies currently estimated to be around 6 pence to 27 pence a week.
A lot about this remains unclear – the guidelines to be published by Defra will be key to helping property owners and their advisors decide what, if anything, they need to do.
The upside is that if the transfer goes ahead, you are no longer responsible for the upkeep of the drain – responsibility will pass to the water company.
But if you do want to keep control of these assets, don’t let them get flushed away by accident.
Posted by Jon Dickins at 09:35

Email ThisBlogThis!Share to TwitterShare to FacebookShare to Pinterest
Labels: Drainage