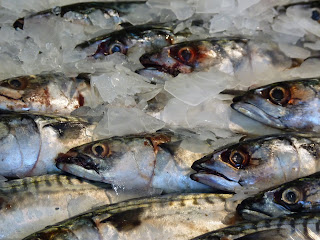 For a landlord’s break right to be effective, the lease really needs to be contracted out of the Landlord and Tenant Act 1954 (1954 Act).
I wrote about this in my post Lease Break Clauses – When is a Landlord’s Break Clause Effective?, where I explained what “contracting out” means and also how a landlord’s break clause may still be of some use even if the lease has not been contracted out.
As that post is currently riding high in the poptastic Digging the Dirt Popular Posts chart (!), I thought it worth mentioning a recent case where the landlord had a break right but the lease was not contracted out.
Crossco No.4 Unltd & Ors v Jolan Ltd & Ors [2011] EWHC 803 (Ch) is a case of fiendish complexity concerning the demerger of a group of companies. The trial lasted several weeks and dealt with meaty and wide ranging legal issues relating to rectification, estoppel and constructive trusts.
I don’t want to tie myself up in knots trying to unpick the bones of that case – and see you bouncing off to the racier regions of the internet – so I’ll confine myself to a few brief points relevant to break clauses. If you want to read more, there is however a useful summary by Wragge & Co; the full case report is not yet on Bailii.
There are two main points from the case worth bearing in mind:
1.    A landlord can be “estopped” from operating a break clause. For that to happen, the landlord must have made a clear representation to the tenant that it would not be terminating the lease; the tenant would have relied on that representation; and as a result of that reliance, the tenant would have suffered detriment.
The representation must be clearly made by the landlord, which does not seem to have happened in this case, so the tenant did not succeed on this point.
2.    A landlord cannot operate a break clause in relation to only part of a building where a lease has not been contracted out.
Where a lease has not been contracted out, if the landlord has a break clause then at the same time as serving its contractual break notice, it also has to serve a statutory notice under the 1954 Act, called a “section 25 notice” – which is where the landlord will try to oppose lease renewal on a statutory ground (such as that it wants to redevelop the property or reoccupy it itself). I wrote a bit more about these grounds in my earlier post, and compensation is payable to the tenant if the landlord relies on a statutory ground.
The law does not allow you to serve a section 25 notice in relation to part of a property as opposed to the whole. So you either have to bring the whole lease to an end or not at all.
For more commentary on relying on statutory grounds, here is a useful article by Osborne Clarke.
The statutory ground of redevelopment was also a matter at issue in the Crossco case. A landlord needs to prove it had an intention to redevelop – and the availability of planning permission and funding are key elements in proving that intention. Showing a fixed and settled desire to redevelop can be more tricky.
The Crossco case therefore gives some food for thought where you are considering a landlord’s break clause.
Where you are trying to operate break clauses in leases that have not been contracted out, you need to think carefully and take advice.
The main message I have been trying to get across in these blog posts on landlords' break clauses is that if you are a landlord, when you are granting a new lease and you want a landlord’s break clause to be effective, make sure the lease is contracted out of the 1954 Act.
Posted by Jon Dickins at 10:39