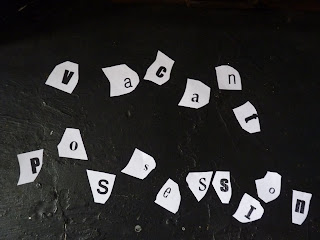 One thing you can be sure about in a time of economic grimness – there are a lot of tenants trying to get out of their lease obligations by exercising a break right, and there are a lot of landlords looking for an excuse to stop them.
As I've said before, if you are a tenant looking to take advantage of a break clause and you do not comply with the conditions set out in the lease for doing so, then the courts will not come to your rescue.
The latest example of this was provided only last week by the Court of Appeal in NYK Logistics (UK) Limited -v- Ibrend Estates BV [2011] EWCA Civ 683.
The case concerned a condition which is often found in break clauses (and which I advise tenants not to agree when negotiating new leases) – that vacant possession must be delivered up on the break date.
“Vacant possession” is not a phrase you tend to come across in normal life – it is a legal term and that’s why people often get caught out by it.
It is such a problematic term that the non-binding Code for Leasing Business Premises in England & Wales 2007 instead recommends that the only pre-conditions to a tenant’s break right should be the tenant giving up occupation of the property (which is less onerous); that there are no continuing subleases; and the basic rent is paid up to date.
But nevertheless leases often make “vacant possession” a condition that must be satisfied before the break is effective.
In my post Lease Break Clauses – What Can Possibly Go Wrong I looked at what “vacant possession” means in more detail. In short, you mustn’t leave anything (or anyone!) behind at the property; you must give the keys back (change the locks if you’ve lost them and give the landlord the new keys); if you’ve installed an alarm, give the landlord the code; get rid of any trespassers; and make sure all subtenants, licensees, franchisees or other sharers have all gone and that their agreements have all been lawfully ended.
The latest case, Ibrend, underlines the importance of getting everything done by the break date. You won’t be let off the hook if you are too late.
The tenant, NYK, served notice exercising their option to end their lease. The break clause contained a condition requiring vacant possession of the property to be delivered up.
Unfortunately for NYK, by the time the break date arrived, they were still in the property carrying out the final dilapidation works and they were going to need a few more days to finish off those works. So NYK asked the landlord to confirm that they could carry out the works past the break date.
The landlord gave no such confirmation, but nevertheless NYK continued with the works and entered the property after the break date.
So had NYK given up vacant possession, as required by its break clause?
No, said the Court of Appeal.
The Court did not buy NYK’s argument that they were simply finishing off some outstanding works, which they could have stopped doing immediately if asked to do so and that they had not left any items at the property.
The Court of Appeal ruled that at the moment vacant possession is required to be given:
·         the property must be empty of people
·         the landlord must be able to assume and enjoy immediate and exclusive possession, occupation and control
·         the property must be empty of chattels
NYK had not handed the keys back, they had retained their security guards to control access to the building and had continued to carry out works to the property past the break date - so vacant possession had not been given.
So, if you want to end your lease and your break clause requires vacant possession, make sure you agree the scope of any works that need doing to the property as soon as possible, and then set yourself a timetable for doing those works so that they are completed in advance of the break date.
Then, on the break date make sure the property is empty, both of people and things (and that all subleases and other sharing arrangements have been legally ended); hand back the keys; if there is an alarm, hand over the code; and terminate any security arrangements.
Do all that, and you have a fighting chance of saying goodbye to the lease.
Fail to do so, and you could be left with costly ongoing liabilities for a property you no longer need or want.
Posted by Jon Dickins at 07:30