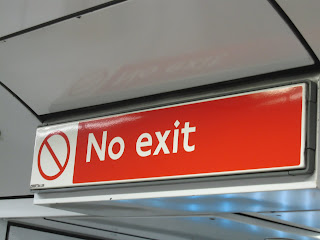 And so to another story of break clause woe – I know you love them!
This time I’m looking at what happens when a break clause is only for the personal benefit of one tenant, not anyone taking an assignment of the lease in the future (assignees).
Personal break clauses are usually given to the original tenant, but sometimes they can be introduced into a lease when an assignment takes place at a later date, when they might be added to the lease for the benefit of the one assignee only.
Either way – they are a personal benefit, as opposed to more standard break clauses that can be operated by whoever happens to be the tenant at the relevant time.
A recent case, involving a personal break right, concerned three leases which, by anyone’s standards, were an expensive proposition – Norwich Union v Linpac MouldingsLtd [2009]EWHC 1602 (Ch) and again Linpac Mouldings Ltd v Aviva [2010] EWCA Civ395.
The leases were of three industrial units for terms of 99 years from 1971 which, very unusually for commercial leases of such duration, imposed a full market rent reviewable upwards only every 7 years (it’s more usual for a 99 year lease to be granted at a premium and then reserve a nominal ground rent instead). By 2010 the rents had ballooned to approximately £600,000 per annum and the leases stretched on over the horizon to the jet-packed future of 2070!
L was not the original tenant. The leases were assigned to L in 1986 and the licence to assign added a right, that was not in the original leases, for L to break the leases in 2010 – but that right was only personal to L. L subsequently assigned the leases to an associated company, which later ceased to be associated with L and went into administration, unable to pay the rents.
When it had taken on the leases, L had given the landlord a standard obligation to observe the tenant’s obligations throughout the terms of the leases, so now its assignee had gone bust, L was back in the frame.
In 2009 L wanted to operate the break clause to get out of this mess, and together with the assignee asked the landlord if the leases could be assigned back to L to enable it then to operate its break clause (which could not be operated by the administrators of the assignee because it was personal to L).
So here are the questions that came before the court – and the answers it gave.
1.    Is a landlord entitled to refuse consent to an assignment back to a tenant when that tenant has a personal break option?
Yes – it is a reasonable ground for refusing consent (even when you take into account the answer to question 3 below).
2.    Can a former tenant who was granted a personal break right exercise that right after it has assigned the lease to someone else?
No – the break right can only be exercised when the tenant is in possession, unless there is a clear contractual provision to the contrary (which there wasn’t in this case). After an appeal, the court said it made no difference that the break right had been included in a licence to assign rather than in the original lease.
3.    If the lease were assigned back to the tenant who was granted the personal break right, would its right to break be revived?
No. A personal right to break cannot be revived by reassignment as it would create great uncertainty for the landlord. In this case the administrators had reassigned the lease without landlord’s consent, but it didn’t help them.
This is yet another example of the importance of break clauses and how vital it is to structure deals very carefully.
If you are going to enter into such an onerous lease or leases, and the pain is sweetened by the offer of a personal break clause, remember that your liability may extend beyond a future assignment of the lease (in a new lease probably under an authorised guarantee agreement), which means if your assignee goes bust, you are back on the hook.
So if you have a personal break right, rather than assigning your lease, think about subletting the premises instead.
That way, your personal break right is preserved (and you can agree in the sublease to limit the circumstances in which it will be exercised so as not to disturb your subtenant whilst it is solvent).
You can even give the same break right to your subtenant (just make sure it corresponds with your own break right in such a way that you can end your lease if the subtenant ends the sublease).
Otherwise...well, I’ll give the last word to Lord Justice Sedley in Linpac:

“The result is [L] remain liable until 2070 for an annual rack rent on premises which they neither occupy nor have any use for.”

And here’s a link to my other posts on break clauses if you want to read more.
Posted by Jon Dickins at 07:30