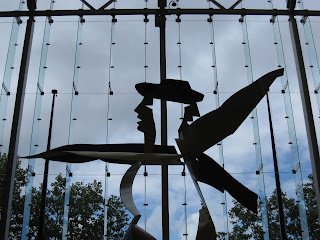 Back in April I asked whether there would soon be clarity on the position of guarantors under leases in my post Lease Guarantees – It’s Time to Get Real!
To recap - the decision in last year’s Good Harvest case had confirmed what everyone had suspected, which is that when a tenant that has a guarantor assigns a lease, the outgoing tenant’s guarantor cannot give a guarantee for the incoming tenant – either directly or by way of an authorised guarantee agreement (AGA).
Nor can the original guarantor give repeat guarantees for successive tenants – which could potentially torpedo group reorganisations (or at least make them more difficult to structure).
Good Harvest also cast doubt on the validity of parallel or sub-guarantees – where the outgoing tenant gives an AGA for the incoming tenant and the outgoing tenant’s guarantor guarantees the AGA.
Good Harvest never made it to the Court of Appeal last year because the parties settled out of court.
The decision was later followed by the High Court in K/S Victoria Street v House of Fraser (Stores Management) Ltd (2010) PLSCS 278 but there was an appeal and, at the time of my April post, I was speculating on whether that appeal would go ahead, or whether, if the parties settled out of court in that case too, we would be left with uncertainty in the absence of any legislative clarity.
Well, the appeal in K/S Victoria Street has now been heard and we await the Court of Appeal’s decision on whether the controversial High Court decision in Good Harvest (which it was later compelled to follow at first instance in K/S Victoria Street) is correct.
For the time being the Court of Appeal has reserved judgment.
Watch this space...
Posted by Jon Dickins at 07:30