What is a Building Lease? Why is it treated differently? 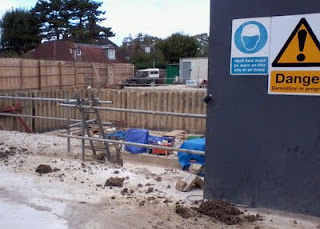 “Building leases” have, for a long time, been treated differently from other leases when it comes to how much control a landlord has over assignment and subletting.

What is a “building lease”?

It's a lease granted for more than 40 years where the consideration for its grant is or includes:-

·         constructing a new building; or
·         making substantial improvements, additions or alterations to an existing building.

What rules apply will depend on when the lease was granted – was it before or after 1 January 1996? I’ll call pre-1996 leases “old” leases and the later ones “new” leases.

However, if the lease bans you from assigning or subletting altogether, then you can’t do it.

Assignment and subletting are now treated separately and differently from each other.

Assignment of a new building lease is treated in the same way as any other lease, regardless of how long the term has to run and the identity of the landlord.  If the lease says you have to get your landlord’s consent to assignment, you must obtain it in the normal way. The lease may also impose assignment tests, like the ones I mention in this earlier post.

But, if you want to sublet, then the old rules still apply – so despite what the lease says, unless there is a total ban on subletting, you don’t need to get your landlord’s consent until the last 7 years of the term. You just need to give the landlord notice within 6 months.

These special rules for old and new leases don’t just apply to dealings with the lease, but also to dealings with subleases out of the lease. Also, charging and parting with possession in other ways, are treated the same way as subletting.

But, there are exceptions.

The special rules do not apply where the landlord is:-

What's the rationale for any of this? Are many people even aware that building leases are treated differently?

Incredibly, although the law on building leases, before the 1996 changes, dates back to 1927, there's only been one case on the matter before the courts.

The relevant law is specifically sub-section (1)(b) of section 19 of the Landlord and Tenant Act 1927.

One prominent law firm, Eversheds (in an article by Bruce Dear and Elizabeth Chapple in the Estates Gazette on 12 March 2011 (£)), has been calling for the abolition of the law – after all, when it was disapplied to assignments in 1996 no-one seemed to care, so why do we still have special rules for subletting of building leases?

The rules themselves beg all sorts of questions.

·         When is it relevant? What does “in consideration” mean – when a tenant carries out the work, or reimburses the landlord the whole cost of doing so?
·         Why are government departments etc excluded? How do you define them anyway – for example what are quangos and other non-departmental bodies? A tricky one when public functions are increasingly delivered by private organisations.
·         Who is the relevant landlord? The one who granted the lease in the first place or whoever is the landlord from time to time? So if the original landlord was a government department, which later sells to a private company, does that alter the tenant’s freedom of action?

I agree with Eversheds. Either people don’t know about the law, or it’s unnecessary.

Time to abolish this law and let freedom of contract prevail.

Update 6/3/13 -  A strident way to finish a post! I was clearly in a campaigning, or complaining, mood at the time. This post is nearly two years old now, but is still attracting a lot of hits on this blog. I've not seen anything in the intervening time on this subject, nor have I had to deal with a building lease myself in that time.

I'm not surprised this hasn't been at the top of the reform agenda though - there are more than enough more pressing things for people to worry about (to strike another note of stridency).

However, if anyone has any interesting comments to make on the subject of building leases, I'd be delighted, as ever, to hear from them.
Posted by Jon Dickins at 09:32