Charge of the Light Brigade? Law Commission to Review Rights to Light 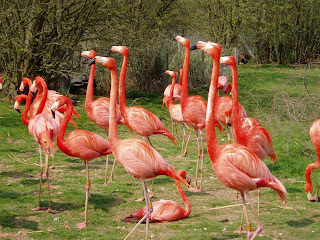 The Law Commission has revealed the 14 projects it will look into for law reform over the next three years.
One of these is my old favourite, rights to light.
The Law Commission exists solely to review the law and recommend reforms to make it fair, modern, accessible and cost-effective. Of course, those recommendations only become law if they are supported in parliament and eventually become an act of parliament.
The Law Commission is to assess whether the current law strikes the correct balance between the right to light against the right to develop land. It will also examine the relationship between the planning system and rights to light and whether the remedies available to the courts are reasonable, sufficient and proportionate.
This will please those who were disappointed that the recent Law Commission Report published on 8 June 2011, called Making Land Work: Easements, Covenants and Profits a Prendre, did not specifically deal with rights of light.
I referred to the Law Commission’s June report in my post Law Commission Blows the Cobwebs Out of Land Law. It turns out I was unduly pessimistic (or, to be more accurate, wrong) there when I said that a separate review by the Law Commission on light was likely to be some years off.
For more posts on rights to light generally see here and especially my post Right to Light Gets Heavy for a review of the recent decision in Heaney, where I commented that the shadow of an injunction will, in many cases, influence the design of a development and could potentially increase development costs.
Commission chairman Lord Justice Munby said each of the diverse range of law reform projects is important and highly relevant to our lives today and further commented:

“Each area of law we will examine in the eleventh programme has been identified as being flawed and at risk of creating confusion and injustice. Each demands review and reform.”

Many will agree with that assessment when it comes to rights to light issues.
However, it will be a long while before we can expect any change or clarification in the law.
The project will begin in early 2012, with a consultation paper planned for early 2013. Then, if both the Commission and the government agree that further work is appropriate (so they might not), the Commission aims to produce a final report, with draft bill, in late 2014 or early 2015.
So not so much a Charge of the Light Brigade, more a stroll through dense thickets  of decades of confusing and outdated law perhaps leading to change in the dim and distant future...but a welcome one nevertheless.
Posted by Jon Dickins at 08:30