Lease Guarantees: Court of Appeal Delivers Judgement - Is it the End of the Saga? 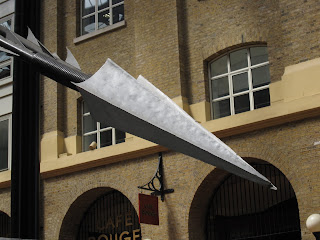 Whilst I have been away the wheels of jurisprudence have continued to turn and the Court of Appeal (CA) on 27 July 2011 delivered its much awaited judgement in K/S Victoria Street -v- House of Fraser (Stores Management) Limited [2011] EWCA Civ 904.
There has already been a lot of comment elsewhere on the ruling (there is a particularly helpful review of the decision by Mayer Brown). I am a bit slow out of the blocks as I’ve been abroad but, as I have written about the implications of the Good Harvest decision several times before on this blog, here’s my update – so if you’re already bored by this topic, look away now!
As well as giving judgement on the facts of the K/S Victoria Street case itself, the CA has helpfully also carried out a wider review of the decision in Good Harvest and its implications on the Landlord and Tenant (Covenants) Act 1995 (1995 Act), on the grounds that the decision had led to ‘‘controversy” and “uncertainty.”
Here are the key points from the judgement – looking at where a tenant (T) with a guarantor (G) assigns a lease to an assignee (A) and gives an authorised guarantee agreement (AGA) to the landlord. What can the landlord require G to do and what can G do voluntarily?
·         G cannot guarantee the obligations of A.
Good Harvest has been confirmed as correct on this point. The lease cannot oblige G to guarantee A’s obligations and G cannot even do so voluntarily. Whilst that may seem commercially absurd, the 1995 Act deals with the effect of an agreement, not the reasons behind it. To that extent, the 1995 Act does place limits on the principle of freedom of contract.
·         G can guarantee the obligations of subsequent assignees.
So if A assigns the lease to A2, then G can step back into the frame and guarantee the obligations of A2 – even if A2 is the original tenant.
·         G can guarantee the obligations of T under an AGA.
This is sometimes called a parallel or sub-guarantee, or even a GAGA (which, although sounding like a feeble attempt to forge a link between landlord and tenant law and electronic dance music, is quite useful shorthand – so I apologise in advance for using it!)
The ability of a guarantor to guarantee a tenant’s obligations under an AGA had been thrown into doubt by some comments made by the judge in Good Harvest, which caused a great deal of consternation and confusion in the property world, and so it is welcome that the CA has cleared this up.
A small caveat however - the comments of the CA on GAGAs are not binding on future courts as this issue was not related to the subject matter of the case. However, the comments will still be treated as very persuasive by other courts and are very likely to be followed, not least because the lead judge was Lord Neuberger, formerly a distinguished property lawyer.
Commercial property lawyers will be excited by all of this (as an endangered species we have to make our own entertainment) but what will be the main practical implications and do any uncertainties remain?
Two situations where you still need to take care are:
1.    Intra group assignments.
The rule against guarantors voluntarily providing repeat guarantees will continue to have an impact on intra-group assignments where, for example on successive group reorganisations, the landlord would want the main group company to stand as guarantor for each successive tenant.
On the first assignment, being able to use a GAGA will at least help to some extent.
There is unfortunately some doubt about the effectiveness of using a “double assignment” to get the guarantor back on the hook – that is where the lease is assigned first to another company in T's group (without any form of guarantee or AGA) and then immediately assigned again to the intended assignee, guaranteed by G, as part of a single deal where the first assignment is conditional on the second one. Is the second guarantee by G valid or would the deal be taken as a whole to contravene the 1995 Act?
2.    Where the assigning tenant is insolvent.
Where a tenant is insolvent (but has a solvent guarantor), the administrator or liquidator is unlikely to be willing to give an AGA. In that situation, the solvent guarantor cannot give a GAGA, nor can it give a new direct guarantee of the assignee. If that is the case, assignees may be required to provide a fresh guarantor of suitable covenant strength.
Another important point to be aware of is that the decision is not limited to future assignments, and so direct guarantees which have already been given in situations ruled invalid, cannot be relied on. Existing arrangements therefore need to be reviewed carefully.
Despite these uncertainties, the case has improved on the position left by Good Harvest.
Permission was not sought to appeal to the Supreme Court – so that’s that, until someone tries to test one of the uncertainties I’ve mentioned above or a different scenario someone invents.
So it might not be quite the end of the saga yet; there may still be room for an epilogue.
Posted by Jon Dickins at 07:30