Building Leases: A “Do It Yourself” Solution for Tenants 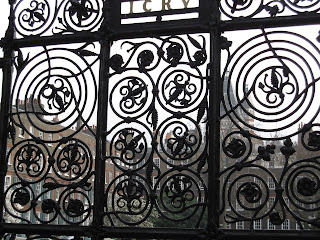 If you are a prospective tenant with sufficient cash or funding, and knowhow, and you have a strong bargaining position, for new builds it might make sense for you carry out the development you want to occupy yourself.
You can do this by using a building lease.
A building lease will contain construction obligations similar to those found in more traditional agreements for lease, but instead of the landlord being the one to carry out the work, it will be the tenant.
This might be because you are a large well-known corporate occupier who is more able, in today’s financial climate, to secure funding than a small developer; or you are simply better off financially and so can manage the cash-flow, being reimbursed at a later stage by your landlord.
In those circumstances, it might benefit you to be able to take control of the development yourself, rather than having to rely on your landlord to build to your specification (and then having to sue your landlord and rely on the wording of the agreement for lease if they get it wrong).
By using a building lease, as tenant you would control the works and the timetable leading to completion, and would be better able to manage your specific requirements and any variations that might become necessary as the works progress. You would be able to use your own contractors who know your business, and with whom you might have built up a relationship over many years.
This arrangement would also enable you to manage the progress of works so that your internal fit out is carried out at the same time as the shell is being finished off, rather than having to wait until after the practical completion certificate has been issued by a landlord-developer before being able to commence fit-out.
This would save you time and money.
A building lease will give you more protection than simply having a licence to build with a lease being granted after completion. This is because, with a building lease, you will have an asset before the works are carried out, and you will be able to register your interest at the land registry. If the lease is long, it might even have a capital value itself and be used as security for bank financing.
For shorter leases, where the landlord is reimbursing the cost of construction, you can include a right to set off any of the building costs that the developer has not paid against the rent payable under the lease.
The building obligations will be similar to those usually undertaken by landlords in agreements for lease, and are likely to include obligations to build in a good and workmanlike manner to a specification annexed or referred to in the lease; to remedy defects; to allow the landlord to inspect the works; and probably to provide the landlord with a set of warranties from the construction team.
In most cases the landlord will have obtained planning permission before the building lease is granted, although another possibility would be to enter into an agreement for the building lease to be granted once planning permission had been obtained.
As tenant, you would be obliged to insure the works during construction. Following practical completion, responsibility for insurance would pass to the landlord in return for you paying an insurance rent in the usual way.
Of course, the landlord will want some protection in the event that you do not substantially complete the works by a certain date or breach other building obligations. The landlord may want the ability to forfeit the lease if that happens, although (without getting too technical) the risk for the landlord is that you might be able to apply for relief against forfeiture.
If the landlord does not have sufficient confidence in a tenant, it may prefer to use an agreement for lease instead, where the tenant is responsible for carrying out the works as a licensee and the lease is not granted until the works have been completed. The landlord would include a right to terminate the agreement before the lease is granted if the work is delayed beyond the particular date. However, this is not as good for the tenant as having a building lease for the reasons outlined before.
If a building lease is used, it will include the usual tenant’s covenants found in conventional leases, but most of those covenants will only take effect once the building has been practically completed, because it would not make sense for them to do so earlier.
One aspect of some building leases (ie those granted for terms of more than 40 years by private landlords) that differs from conventional leases, concerns provisions relating to subletting. I wrote about this in June - see What is a Building lease? Why is it treated Differently? for more detail. Briefly, despite what the lease says, unless there is a total ban on subletting, you don’t need to get your landlord’s consent until the last 7 years of the term. You just need to give the landlord notice within 6 months.
There are other details that need to be taken care of in a building lease, which I won’t go into here, but the basic point is that for some tenants in the current market, it makes sense to do it yourself.
Posted by Jon Dickins at 08:30