Lease Break Clauses: Want An Option to Quit Part of Your Premises? Why Does the Law Get In the Way? 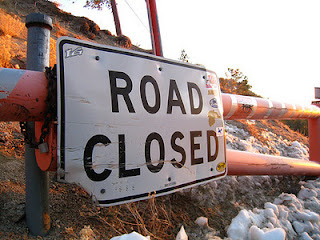 Do you want a break clause that relates to only part of the premises included in your lease?
This is not as straightforward as it seems; legal technicalities can get in the way.
Although it appears from the history of cases that it is possible to have a break clause that only relates to part of the premises, the matter is by no means certain and, for landlord’s break clauses, is not possible at all unless the lease is contracted out of the Landlord and Tenant Act 1954 (1954 Act) - for more about that see my post More Food for Thought for Landlords.
If the property is divided up into distinct parts from the outset, for example separate floors, if the tenant wants the flexibility of being able to get out of one or more floors individually before the term ends, the safest way of dealing with this is to grant separate leases of each floor and include break clauses in those leases.
That works well for a landlord who wants a break clause too, provided each lease is contracted out of the 1954 Act.
If the premises are not obviously comprised of separate parts at the outset, but the tenant wants the flexibility of being able to get out of part of them at a later date, then rather than a break clause, the safest course of action may be instead to grant an option to surrender part only of the premises.
There is an interesting article in the current edition of the Conveyancer & Property Lawyer* by the precedents editor of that journal, Emma Slessenger, on how you might go about doing this from a legal point of view, which discusses the technicalities further.
There are procedural complications that have to be worked around, such as the need to authorise the surrender in advance by a warning notice and statutory declaration. The detail of this is outside the scope of this blogpost.
Although the premises might not comprise separate parts at the outset, you need to describe carefully the part to which the surrender option relates by reference to an accurate lease plan drawn to scale.
There are other practicalities to consider too.
If the premises were not capable of being let on separate leases from the outset, what will need to be done to make them into separate units if part of the premises is surrendered?
Who will be responsible for carrying out any works required to make the premises suitable for separate occupation?
Do any rights need to be granted and reserved between the two distinct units being created by the surrender of part?
How will dilapidations be dealt with in relation to the surrendered premises?
The lease of the part being retained may need to be varied, for example to deal with things like rent reduction pro rata to reflect the reduced size; rights and reservations; treatment of any separation works on future rents reviews; and maybe even a change to the permitted use provisions.
The tenant should also make sure that the lease provides for any rent paid in advance for the surrendered part to be reimbursed on the surrender date, as there is no common law right to apportion that rent.
And having said all this, is it really safe legally to allow in advance for a surrender of part?
Not entirely! There is an argument that you cannot agree in advance to surrender part only of premises included in a lease, because the mechanism for doing so under the 1954 Act only refers to surrendering a “tenancy”, which some commentators believe has to mean the whole tenancy.
One way round that might be for the tenant to surrender the whole lease and take a lease back of the part it wants to retain.
In view of these uncertainties, the safest thing of all is probably to avoid part break clauses or part surrenders altogether if you can.
Unfortunately this is another example of the law getting in the way of apparently straightforward commercial objectives.
For more about break clauses generally, here is a link to my other posts.
*[2011] 75 Conv Issue 4 pp264-267
Photo by stevelyon via Flickr
Posted by Jon Dickins at 07:06