Lease Guarantees: Spot the Title Defect! Can a Tenant Assign to its Guarantor? 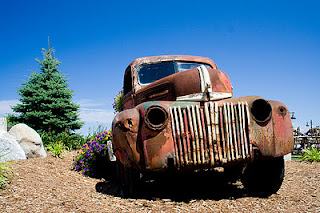 If you are a tenant who has entered into a lease and your obligations have been underwritten by a guarantor, can you at a later date assign your lease to your guarantor?
My recent post on lease guarantees tells how this summer saw the Court of Appeal hand down the most important decision in commercial landlord and tenant law for years in K/S Victoria Street -v- House of Fraser (Stores Management) Limited [2011] EWCA Civ 90.
The decision has been welcomed because it has resolved the question of whether a tenant’s guarantor can guarantee a tenant’s AGA – it can. This issue had never been completely clear under the 1995 Act and was thrown into doubt altogether by comments made by the judge in last year’s Good Harvest decision.
Incidentally, if you are new to these terms or want a reminder, please see my previous post on this for a brief explanation.
However, just as a judicial aside (technically referred to as an obiter statement) caused uncertainty about guaranteeing AGAs in Good Harvest, a similar thing has happened in K/S Victoria Street, only this time the obiter statement is about whether a tenant can assign its lease to its guarantor.
The written judgement, in a section dealing with the anti-avoidance provisions of the 1995 Act (section 25), says “it would appear to mean that the lease could not be assigned to the guarantor even where both tenant and guarantor wanted it”.
So an assignment of a lease by a tenant to its guarantor would appear to be void.
There may be instances where a tenant wants to assign its lease to its guarantor, for example as part of a group corporate reorganisation where the parent company which gave the guarantee wants to assume responsibility for the property.
This may not happen often, and it might be possible to contrive a way of dealing with this that does not fall foul of the anti-avoidance provisions of the 1995 Act, perhaps by providing for some sort of contractual release of the guarantor a few days before the assignment to it.
But there may already be some cases where leases have been assigned by tenants to their guarantors.
And that’s the most troubling part of the obiter statement.
What does it mean where such assignments have already taken place? Good title will not have been given, even though the transfer might have been registered at the Land Registry. Clearly this would raise a serious defective title issue, the implications of which would need to be thought through on individual cases.
It has the potential to cast doubt on the valuation of some portfolios.
It is unfortunate that, having successfully provided clarity on the AGA question, and put to rest the doubts caused by defective legislation, the Court of Appeal has inadvertently created another area of uncertainty.
We need clarification on this point; or do we have to wait for more litigation to clear it up?
Photo by spaceamoeba via Flickr
Posted by Jon Dickins at 08:15