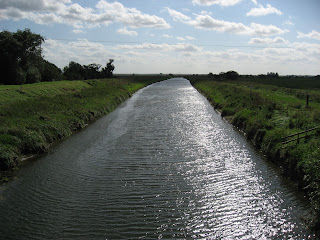 Land often sits alongside physical features such as rivers or streams; lakes or the seashore.
Or there may be man-made physical boundaries, often dating back centuries, such as hedges, roads, canals and fences.
Who owns these features and boundaries? Who is responsible for them?
Often old title deeds or the modern computerised title registers won’t say anything about them. Or the title plans will be drawn to a scale which is too small to be of any use when trying to find out who owns, say, a fence. The thickness of a line on a standard Land Registry plan represents about 3 feet (nearly a metre) on the ground.
Into this void step various “presumptions” which have been established down the years and one or two myths as well. These conventions have a complex history, but here is a brief summary of some of the main presumptions which apply if the deeds cannot assist.
Rivers and streams (non-tidal)
The owner of a property that abuts (sits alongside) a natural non-tidal river or stream (known as the “riparian” owner) also owns the bed of the river up to the centre line and if the course of the river or stream changes naturally, the boundary is presumed to change with it. You can’t cheat though and alter the course of the river yourself to land grab; changes made as a result of human agency do not alter the line of the boundary. The boundary will also not change if the watercourse changes quickly, for example after heavy rain. Ownership of the bed will usually also entitle you to fish, unless fishery rights have been granted to someone else. Here is a useful guide from the Environment Agency which explains the more general obligations of riparian owners, for example with regard to pollution.
Islands
An island in the middle of a non-tidal river will belong equally to adjoining owners or in such proportion as the centre line of the stream bisects the island. An island entirely on one side of the river will belong to the near-side owner. An island in the sea or a tidal river will belong to the Crown.
Canals
If your land borders a canal, the canal and towpath are excluded from your ownership.
Lakes
The bed of a lake belongs to the owner of the surrounding land if the lake is entirely within the boundaries of a single ownership. If the lake is not within the boundaries of a single ownership, there is no presumption that explains who owns the lake bed.
Seashore and tidal rivers
The boundary of land which adjoins the sea lies at the top of the “foreshore”, which is the land between the high and low water mark of a mean average tide. The foreshore itself is owned by the Crown. The same applies to land bordering tidal rivers and inlets. For more about Crown ownership see the Crown Estate website.
Roads
The boundary of land abutting a highway extends to the middle of the highway, so this is similar to the presumption for rivers. However, the ownership of the road will be subject to whatever rights the highway authority has over it.
Railways
Railways were built on land acquired for that purpose, so the boundary of adjoining land is not the centre of the track but the bounding fence of the railway. The bounding fences are generally the responsibility of the railway company.
Hedges and ditches
When properties are separated by a hedge and an adjoining single ditch there is a presumption that the land owner on the hedge side owns both the hedge and the ditch. This follows a principle that an owner standing on his boundary looking inward towards his land dug his drainage ditch within his boundary and piled up the soil on his own side and then planted a hedge on the mound. This only applies to man-made ditches and does not apply if at the time the ditch was dug the land on either side was owned by the same person.
Fences
People often say that if the upright posts supporting the fence are on your side of the boundary then you own the fence. However, strictly speaking there is no presumption at law regarding ownership of a fence, although the position of the posts may be taken into account by a court in helping to determine the ownership of the fence.
Eaves and foundations
Plans attached to deeds usually show the boundaries at ground level only, but the eaves and foundations may in fact extend beyond the defined boundary line. If that is the case, the property includes these projections (but not the air space between them), unless there is evidence to the contrary.
Party Walls
Walls shared between two houses, such as in terraced or semi-detached housing, are usually party walls unless there is clear evidence that the wall is wholly to one side of the boundary line. I won’t go into the law concerning party walls here as that could take up several blogposts in itself.
Remember that all these presumptions can be rebutted – set aside – by evidence to the contrary or if the title deeds actually say something different.
If you intend carrying out any work to boundary features it is always a good idea to discuss them first with your neighbour and try to reach agreement. Boundary disputes are usually a nightmare for all concerned.
And finally...
Bricked-up Windows
Nothing to do with boundaries, but this week’s QI came up with a bit of myth-busting about bricked-up windows. The common assumption is that they were bricked-up to avoid or reduce window tax, which was charged between the 1690s and 1851. Sometimes that may be true, but more often they were just incorporated into the design of a building from the outset, to preserve the building’s symmetry. Minus 20 points if you got that one wrong!
Posted by Jon Dickins at 08:20