Leases: How to Avoid the “Term” Trap 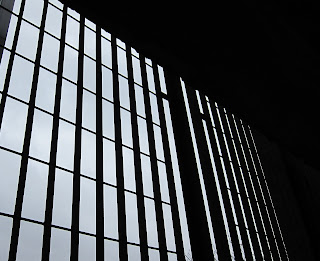 Don’t get caught out by sloppy drafting when it comes to defining the term of a lease.
By “term” I mean the duration of the lease.
If it’s unclear how long the term is to last, the lease will be void for uncertainty where it is granted to a company or organisation.
If the lease was granted to an individual, the court might turn it into a tenancy for life at common law.
That’s what happened in the recent case Berrisford v Mexfield Housing Co-operative Ltd (Rev 1) (2011).
An occupancy agreement between a housing association and one of its members was expressed to be "from month to month until determined". The methods of termination were unclear so the agreement was not capable of being a tenancy. As a result, it was treated as a tenancy for life at common law taking effect under legislation as a 90 year lease determinable either on the tenant's death or in accordance with its express provisions (which gave the tenant the right to terminate it, but only allowed the landlord to do so in certain situations.)
That is not an outcome which either party had intended.
Another way you can get caught out by careless drafting is when you want to exclude the lease from the security of tenure provisions of the Landlord and Tenant Act 1954, which give business tenants rights to renew their lease at the end of the term.
A lease of business premises can only be excluded from security of tenure when it has been granted for a term certain.
So make sure that is what the definition of “term” says (for example “commencing on 1 December 2011 and ending on 30 November 2012”). Avoid any words which include any extension to that term, for example “and any agreed or statutory continuation or renewal of this lease”, either in the definition of “term” or anywhere else in the lease.
In the old days (when all of this was fields etc) you had to get a court order before completion to exclude a lease from security of tenure, and the eagle-eyed court clerks would usually reject the application if they saw any words that purported to extend the term beyond the contractual expiry date. Hugely annoying if you had forgotten to strike out the offending words (and likely to provoke much use anglo-saxon from irate clients), but at least it gave you the chance to get it right before completion.
Those court orders were abolished nearly 10 years ago. Now, to exclude a lease, the landlord just has to serve a notice, which must be acknowledged before completion by a declaration from the tenant. If you get the drafting wrong there is no court clerk to tell you and you run the risk of granting security of tenure when you didn’t mean to.
The consequences of getting it wrong now are likely to be more serious that a bit of verbals.
Posted by Jon Dickins at 08:20

Email ThisBlogThis!Share to TwitterShare to FacebookShare to Pinterest
Labels: Leases