Your Tenant Stops Paying - Time For a Heart to Heart? 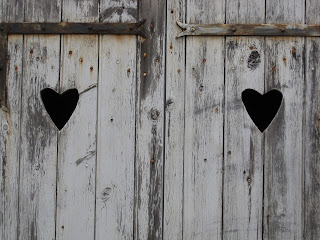 “We’re all in this together.”
Apparently.
How might that work in a landlord and tenant context?
My previous post – What Can You Do if Your Tenant Stops Paying or Goes Bust? – looked at the various legal remedies available to a landlord if its tenant stops paying the rent; either when the tenant is solvent or when it is insolvent.
I prefaced my remarks with “if you can’t reach an amicable solution” and, following some comments I have received on the post, I thought I’d look at some ways in which it might be possible for an amicable solution to be reached to help you keep your tenant and an income stream.
What you might be willing to offer will depend on your evaluation of the tenant’s financial situation.
Some possible concessions
·         Accept the rent monthly rather than quarterly. This often helps tenants manage their cash flow better and avoids the dreaded quarter day, which has forced so many retail tenants, in particular, into insolvency. Having said that, you could argue there’s nothing to stop tenants setting up their own account into which they make monthly payments and from which they could then pay the rent to the landlord quarterly.
·         Suspend the rent temporarily, to start collecting it again at a later date. This could be either a rent holiday or a rent deferral depending on the circumstances. If it is a rent holiday, you are basically letting the tenant off paying the rent for a particular period. If it is a deferral, you would be postponing the right to collect the rent until a later date, when it would be added to the ongoing rental liability. Circumstances will dictate how realistic a proposal this is, and the likelihood of the tenant ever being able to pay again.
·         Reduce the rent. Perhaps the current rent was set during the boom years and it might make financial sense for you to receive a lesser amount rather than nothing at all.
·         Defer a rent review or forego it altogether; or following a review, implement it by stepped increases rather than all at once.
·         Spread the cost of extraordinary items forming part of the service charge over as long a period as realistically possible and adhere to the principles set out in the new RICS Service Charge Code.
·         If your property is mortgaged, discuss with the mortgagee whether there are ways of helping the tenant which they would be willing to accept. They might have other ideas of their own, as it may well be in the bank’s interest to try and keep a tenant in the property.
“What’s in it for me?”
That’s a fair question. After all, you are not obliged to agree anything (although commercially it might make sense to do so). It’s a negotiation, so there may be a quid pro quo.
Perhaps the tenant will agree to give up a break clause, for example, or even extend the term. That might sound bonkers where the tenant is in difficulty, but it will test their long term view of their business.
Is the tenant able to offer any additional security in return for a reduced rent? A rent deposit is not going to be a likely option if the tenant is genuinely in financial difficulty, but they might be able to offer a guarantor.
How are concessions documented?
If it’s a simple matter, such as payment of rent monthly rather than quarterly, you might be able to do this by just entering into a straightforward side letter. The benefit of the letter should be made personal to the current tenant, so if the tenant assigns its lease to someone else, rent would be payable quarterly again unless a similar letter were given to the new tenant.
Other, more complex, concessions might require a more formal concession agreement, which again would make personal concessions to the current tenant, but would not vary the lease permanently for future tenants. You might also want to make the concessions conditional on the tenant complying with all its other obligations in the lease, so the concession can be withdrawn if it doesn’t.
As a landlord you are unlikely to want to vary the lease permanently (unless the tenant is giving up a break right), as what you are dealing with are concessions made to a particular tenant to reflect a particular set of circumstances. You will probably want anyone taking an assignment of the lease in future to adhere to the terms of the original lease.
The negotiations
Before entering into any discussions you should take advice on how best to handle any negotiations and ultimately how to document any concessions, because it is vital to avoid inadvertently waiving the right to collect any unpaid rent or any breaches of the tenant’s covenants.
You should make it clear from the outset that all discussions are on a “without prejudice” basis and are subject to entering into a side letter or concession agreement on satisfactory terms.
Of course if it turns out the tenant is simply stalling for time or negotiating in bad faith, you might ultimately have to resort to the remedies I discussed in my previous post.
The bigger picture
The case for considering concessions can seem compelling, but there is always a different view, especially when looking at the bigger picture of property investment.
Back in June in my post – Is it Time to Scrap Quarterly Rent Payments? – I noted the caution being expressed by the British Property Federation (BPF). The BPF’s director of policy Ian Fletcher was quoted in the Guardian:

"Landlords have been very flexible during the recession and saved some significant retailers from insolvency as a result...Concessions on existing leases ultimately have a cost to someone, in this case pensioners' savings in property. That is why our members feel it is better to offer help to those in need, rather than healthy businesses trying to exploit an opportunity to change their terms of trade."

However, landlords are usually pragmatic enough to accept that getting some of the money they are owed and having the property occupied is better that getting nothing and having an empty property (which soon becomes a liability because of ballooning business rates).
If concessions are given at all, they are happening on a case-by-case basis, rather than there being a wholesale change in the investment model.
Posted by Jon Dickins at 07:57