Locked Out: How Effective are Exclusivity Agreements? 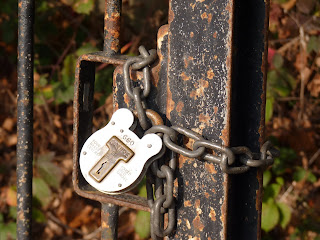 Exclusivity – or lock-out – agreements are sometimes entered into between parties in commercial property transactions, usually where the buyer wants to stop the seller from dealing with anyone else for a fixed period.
The buyer might want time, for example, to conclude its survey and detailed site investigations and arrange funding without fear of the seller selling the property to someone else in the meantime.
This can be an important consideration in England & Wales because, unlike in other jurisdictions, there is no obligation on the seller to sell to the buyer when it has accepted its offer unless and until formal written contracts have been exchanged, which won’t usually happen until the buyer has concluded its due diligence.
A lock-out agreement will buy a bit of breathing space.
There’s a difference, however, between lock-out agreements and lock-in agreements.
Lock-in agreements, where parties expressly agree to negotiate with each other, are unenforceable because they are "agreements to agree", and so lack certainty.
Lock-out agreements on the other hand can be binding contracts, although they are negative in nature in that they bind the seller not to negotiate with someone else, rather than compelling the seller to do a deal with a particular buyer.
To be enforceable, a lock-out agreement must be for a fixed period, or it will be void for uncertainty. So, for example, it won’t work if it says it’s to last for a “reasonable period”.
If contracts have not been exchanged by the end of the fixed period, then the seller is free to deal with someone else if it wants to.
If you want a lock-out agreement, you will normally need to make it a condition of your offer. The lock-out agreement can then be drawn up quickly after your offer has been accepted “subject to contract”.
Technically a lock-out agreement doesn’t have to be in writing, as it’s not a contract for the sale of land, but obviously it should be in writing in order to avoid disputes.
How effective is a lock out agreement if the seller ignores it?
The short answer is, probably not as effective as the buyer would like it to be.
The buyer is very unlikely to get an injunction stopping the seller from selling the property to someone else during the exclusivity period.
The buyer’s remedies are more likely to be limited to recovering its wasted costs, such as legal and surveying fees – which at least is better than nothing, which is what the buyer is likely to get in this situation without a lock-out agreement.
It may mean, however, that if the seller gets a much better offer from someone else during the exclusivity period, it might decide to breach the lock-out agreement, proceed with the better offer and pay the limited damages arising out of the breach.
If you try and get round this by specifying punitive damages in the lock-out agreement, you run the risk they will be deemed an unenforceable “penalty”.
Are lock-out agreements still being used in such a difficult market?
Yes. One of the odd things about the current market is that it is fragmented. Some areas might still be competitive “micro markets” and there are still some cash-rich buyers competing for particular, maybe unusual, properties.
Alternatively, you might be a buyer surprised by having your very low offer accepted which you worry might be withdrawn if a better offer materialises before you have concluded the deal.
In these situations lock-out agreements can be useful, but beware their limitations.
Posted by Jon Dickins at 08:20