Phoenix from the Flames – Pre-Pack Administrations Live On 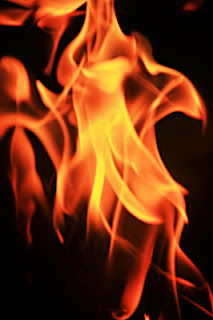 The government has scrapped plans to reform the controversial practice of “pre-pack” administrations, causing fury with landlords.
Administration has become the predominant process for dealing with insolvent companies where there is a prospect of keeping the business of the company alive.
“Pre-pack” administrations are a fast-track insolvency procedure that avoids a failing business being sold on the open market; instead the sale of the company’s assets is set up by an insolvency practitioner before the company goes into administration and is then completed immediately after the start of the administration.
It’s become a practice frequently adopted by failing retail organisations.
Recent examples of pre-packs are Bonmarche, Peacocks and Blacks Leisure.
Pre-pack sales to connected parties, such as company directors, can be done at great speed and presented to creditors as a fait accompli.
This is similar in effect to the outlawed practice of creating so-called “phoenix companies”; which used to involve liquidating a failed company, with the same business re-emerging immediately afterwards as a new company without the debts of the old one.
Some landlords, as major creditors, have been losing out as the new organisations created out of pre-packs pick and choose which stores to continue trading from.
The British Property Federation (BPF) has criticised the scrapping of reforms first suggested 18 months ago by Business Innovations & Skills minister, Ed Davey, which would have required insolvency practitioners to notify creditors in advance of a pre-pack and allow them three days to scrutinise the proposals to ensure they represented the best deal for creditors, and to give them time object if they wish.
The BPF had in fact argued that three days would be insufficient and wanted a longer notice period, but now will get nothing because yesterday, reports the Telegraph, Ed Davey said the reform would not go ahead at all, saying the government is not convinced the benefit of a change in regulations "outweighs the overall benefit to business of adhering to the moratorium on regulations affecting micro-business", which the BPF say the government has known about all along.
The Telegraph reports that the Association of British Insurers has also criticised pre-packs extensively. It claimed in a submission to Parliament that they are being actively marketed by insolvency advisers as a way of dumping debt and casting off troublesome creditors.
Other criticisms of pre-packs include:
·         Lack of transparency – unsecured creditors often don’t know what’s about to happen.
·         Lack of accountability – no approval of the court or creditors is required.
·         The return for creditors may not be maximised because there is limited marketing of the business compared with an open market disposal.
·         It’s a short term fix which may not necessarily subject the company to the restructuring it needs to survive long term.
There are two sides to this story though.
Landlords may not like this but there are pragmatic reasons why pre-packs often represent the best outcome going in today’s tough world, whatever you may think about moral hazard.
Benefits of pre-packs include:
·         They are quick and the lower costs may result in better returns for creditors.
·         Minimum erosion of supplier, customer and employee confidence, which in a “people” business like retail is vital.
·         The opportunity to save jobs – clearly of paramount importance.
·         It might be the only realistic alternative to liquidation, which would benefit no one.
·         Unsecured creditors probably wouldn’t have got anything anyway.
Landlords also need to bear in mind that if a company is liquidated, the liquidator can disclaim the lease and walk away, leaving the landlord with nothing but a looming empty rates liability.
It’s a thorny issue morally though; and if you are one of the landlords that loses out it will seem very unfair.
Accountancy Age says the regulator of the profession, the Insolvency Service, is going to review existing pre-pack legislation to see how more confidence and transparency could be injected into the process.
The phoenix may yet have its wings clipped.
Photo by Velo Steve via flickr
Posted by Jon Dickins at 12:25

Email ThisBlogThis!Share to TwitterShare to FacebookShare to Pinterest
Labels: Insolvency