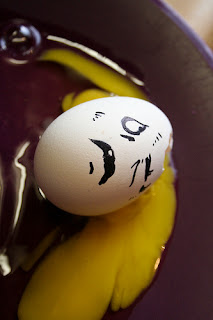 Break clauses are, for tenants, the banana skins of the commercial lease; slip up when trying to get out of a lease and you’ll find yourself locked in for the duration, with no reprieve.
That’s because many break clauses come with conditions attached to them.
If you fail to comply with those conditions to the letter, you risk losing your right to end the lease altogether (see these earlier posts for examples).
It’s not hard to see why landlords might want to impose some conditions. After all, why should a tenant be able to walk away from its obligations if it owes the landlord a lot of money, or if it’s still making use of the premises?
Well-advised tenants will however seek to limit those conditions at the outset (see this post from last year for the recommendations of the Lease Code, for example).
The hard cases come when a tenant loses its right to end its lease because of a trivial breach.
By agreeing to a break clause in the first place, the landlord has already conceded to a degree of commercial flexibility, for which the tenant is likely to have paid extra, both in its initial rent and possibly also on open market rent review.
Is it right that the landlord should be able to refuse the break because of a minor slip up, and thereby profit disproportionately from it?
Take for example a recent case decided on 19 December 2011, Avocet Industrial Estates LLP –v- Merol Ltd [2011] EWHC 3422 (Ch), described in my post Skating on Thin Ice.
Here, a tenant lost the right to end its lease because it owed a mere £130 in interest that the landlord had not even asked for; thereby sentencing the tenant to another 5 years in premises it no longer wanted at a rent in excess of £300,000.
Where's the commercial common sense or fairness in that?
The judge in that case did at least acknowledge the severity of the outcome.

“I consider that the result in this case is a harsh one but, applying legal principle, it is one which I am obliged to reach.”

It might just be possible, however, for the courts to adopt a different approach when interpreting break clause conditions.
This is an argument persuasively made by Guy Fetherstonhaugh QC, of Falcon Chambers, in an interesting article in the Estates Gazette (“Humpty Dumpty and break clauses”, 21 January 2012), which is only available to EG subscribers so I'm unable to link to it.
Back in the middle of the 19th Century, the “golden rule” of construing (interpreting) contracts in general was that courts should strive to “adhere as rigidly as possible to the express words that are found and to give those words their natural and ordinary meaning”.
We have, says Guy Fetherstonhaugh QC, travelled some distance from that rule in the intervening century and a half, so that where there is ambiguity, the court is entitled to prefer the construction (interpretation) which is consistent with business common sense, emphasising the “perceived commercial purpose” of the agreement.
He argues that this approach could allow greater flexibility in ruling on disputes over break clauses.
Landlords have a commercial interest in not allowing a tenant to get out of its contract. Conversely, tenants will say that provided the breaches (such as they may be) do not prejudice the landlord, there is no harm in interpreting the break clause flexibly.
So far, the courts have tended to side with the landlord, favouring certainty over flexibility.
Guy Fetherstonhaugh QC says that arguably this approach is not sustainable under modern rules of interpretation.

“…it is difficult to see why break clauses should be singled out for special treatment.”

And I suspect Guy’s article was written before the extreme example of Avocet was reported, as he does not mention it.
Now, you might not believe judges to be the best arbiters of commercial common sense (I couldn’t possibly comment).
Or you might prefer the clarity and certainty of literal interpretation over judges acting like Humpty Dumpty in Lewis Carroll’s Through the Looking Glass, in which His Eggcellency declares:

“When I use a word...it means just what I choose it to mean – neither more nor less.”

But the price for certainty should not be absurdity.
In cases where common sense will tell you that a literal interpretation will lead to unfairness, it ought to be possible for the courts to spot an injustice and rule accordingly.
Photo by Fire At Will via Flickr
Posted by Jon Dickins at 08:05