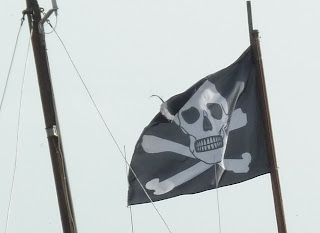 The British Property Federation (BPF) has launched a campaign, called Taking the Profit, seeking retail insolvency reforms to restore fairness to pensioners, especially with regard to pre-pack administrations.
Pre-pack administration is a fast-track insolvency procedure that avoids a failing business being sold on the open market; instead the sale of the company’s assets is set up by an insolvency practitioner (IP) before the company goes into administration and is then completed immediately after the start of the administration.
A company can even be bought out of administration by its directors or other people closely connected with the company that failed – a so-called “Phoenix pre-pack”.
Representing landlords, the BPF argues that “tens of millions of pounds” is being siphoned out of pensioners’ savings into the pockets of private investors profiting from retail failure.
The BPF has highlighted what it sees as “the growing underhand practice”, mainly in relation to pre-pack administrations, where the terms of the sale are kept deliberately vague, and at the same time landlords are pressurised by an agent of the buyer of the company, with or without the knowledge of the IP, to extract concessions on existing leases of profitable stores.
The BPF alleges this is often under threat that if concessions are not given then that landlord’s property will not feature in the sale – meaning the landlord’s store will end up being one of the ones dumped when the business is transferred to a new concern, leaving it empty and potentially vulnerable to rates liability if a new tenant can’t be found before the concession period expires.
The result, says the BPF, on profitable stores is simply to transfer profits from pensioners’ savings in property to the new buyers of the business, often private investors. It says tens of millions of pounds of pensioners’ saving have been lost in this way.
Another consequence, argues the BPF, is that it puts rival successful retailers at a disadvantage. This reinforces failure, rather than promoting more successful retailers.
Unsecured creditors are particularly vulnerable in the insolvency process and landlords are also at risk of missing out, earlier in the process, on a quarter’s rent if the IP is appointed just after the quarter day (see Free Quarter For Administrators Strengthens Case for Monthly Rents).
As I mentioned in Phoenix From the Flames: Pre-Pack Administrations Live On, earlier this year the government scrapped plans to reform the pre-pack administration process, despite the criticisms of it concerning the lack of clarity, lack of accountability and perceived short-termism.
Defenders of the process will point out it is quick; has lower costs; enables minimum erosion of supplier, customer and employee confidence; and saves jobs.
The latter is a particularly powerful argument, especially as, if the company goes bust, the landlord probably wouldn’t have got anything anyway.
It may seem emotive to pitch this argument, as the BPF has done, as a defence of pensioners’ savings; and those advocating the contrary position could just as powerfully argue for the need to stand up for jobs for the young.
But the use of pre-pack raises difficult questions of moral hazard too.
Liz peace, Chief executive of the BPF, says:

“An enterprise economy works first and foremost on trust and written contracts. If both become worthless that has serious implications for enterprise and economic efficiency.”

And what is the prime role of the IP?
Liz Peace argues it to secure the best result for creditors, not to maximise the profits of the new company.

“We are becoming increasingly concerned that Insolvency Practitioners are acting more in the interests of the buyers than creditors.”

The BPF stresses it is supportive of the rescue culture and has made the following proposals for reform:
·         Amend the IPs’ guidance notes, known as SIP16, so that an IP must be clear which assets are part of the sale, on which it is seeking to negotiate, and which it does not want.
·         Amend SIP16 so that it “frowns on” any collusion between the IP and the buyer or his agent to extract concessions on leases that are part of the sale.
·         Speed up the process of achieving better regulation of the insolvency sector, including a single contact point for making complaints and one that doesn’t involve having to go to court. It is now nearly two years since the OFT called for such measures.
·         Tighten up the rules on advertising by IPs.
These proposals, if enacted, might bring more confidence and transparency to the process.
Meanwhile, if you're an unsecured creditor involved in a retail insolvency, the BPF wants to hear from you.

And for more comment, here is an article from Pinsent Masons.
Posted by Jon Dickins at 10:49

Email ThisBlogThis!Share to TwitterShare to FacebookShare to Pinterest
Labels: Insolvency