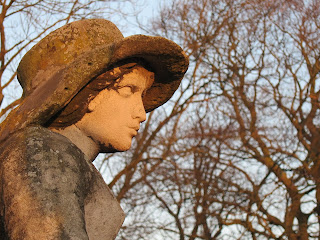 Lease break clauses are not always set in stone.

Sometimes a break clause will be for the benefit of the named tenant only, usually the original tenant.
In Gemini Press Ltd –v- Cheryl Lindsay Parsons (2012) QBD (Cooke J) the High Court ruled on 24 April 2012 that where a lease had specifically named a party in a break clause, that clause was not assignable to future tenants.
So anyone taking an assignment of a lease with a break clause benefitting only the named tenant will not be able to exercise the break clause.
I’ve not seen the judgment, so I don’t know the history of this matter or why it came to court.
The headline point about personal break rights not benefitting successors in title will not come as much of a surprise though, and you may have read my post last year – This Time it’s Personal – which also looked at this issue.
Leases sometimes contain personal rights or benefits that the landlord might have been willing (or forced) to concede to the first tenant but which he wouldn’t necessarily want to benefit anyone taking an assignment of the lease.
Alternatively, they can be introduced into a lease when an assignment takes place at a later date, when they might be added to the lease for the benefit of the one assignee only.
Either way – they are a only personal benefit, as opposed to more standard break clauses that can be operated by whoever happens to be the tenant at the relevant time.
Another way of dealing with such personal concessions is to deal with them in a side letter rather than in the lease itself.
There’s less likely to be any doubt about who benefits if a side letter is used.
If you already have a personal break right, rather than assigning your lease, you could think about subletting the premises instead – see This Time it’s Personal for more about this suggestion.
Other breaking news...
I’ve amended my post from last year on landlords' break clauses – When is a Landlord’s Break Clause Effective? - it’s been one of the most popular posts on this blog, perhaps surprisingly in the current market, so I’ve updated it.
More importantly – the controversial break clause case of late 2011, Avocet Industrial Estates LLP –v- Merol Ltd [2011] EWHC 3422 (Ch) (described in my posts Banana Skins & Humpty Dumpty – Time to Take a Commercial View? and Skating on Thin Ice) is being appealed by the tenant.
The appeal is due to be heard by the Court of Appeal imminently.
Watch this space!
Posted by Jon Dickins at 08:20