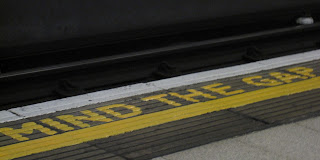 Lease terms are getting shorter.
The average lease term has fallen to a new low of 4.8 years.
That’s the message from the annual study by the British Property Federation (BPF) and Investment Property Databank announced by the BPF today.
The survey, the largest of its kind in the UK, looked at more than 100,000 retail, commercial and industrial leases.
It shows many occupiers opting for short “stop gap” periods, rather than medium term leases.
Here are some stand-out statistics from the report.
·         Average leases lengths have fallen from 6.2 years in 2007 to 4.8 years in 2011
·         Lettings to SMEs are even shorter, at 4.1 years
·         76% of new leases signed in 2011 were under five years in length.
·         78.3% of new leases granted to SMEs in 2011 were under five years in length, 19.2% for up to 10 years and only 2.1% up to 15 years.
·         High streets retail units saw a further reduction in lease lengths, falling from 7.7 to 7.6 years (in 2007 they were 9.7 years).
·         Rent free periods are quite commonplace, even in relatively short leases – they are given in 32.9% of retail leases under 5 years, and 35.5% of industrial leases of the same duration.
Many occupiers, especially start-ups, will welcome the flexibility of short-term lets.
Those retail and office occupiers who are more certain of their future will hope to get a good deal in return for long-term commitment.
The long term implications for UK property values and the funds which rely on them, such as pensions, are more complex and uncertain.
Posted by Jon Dickins at 14:40

Email ThisBlogThis!Share to TwitterShare to FacebookShare to Pinterest
Labels: Leases