On Location - What if Someone Wants to Use Your Property to Make a Film? 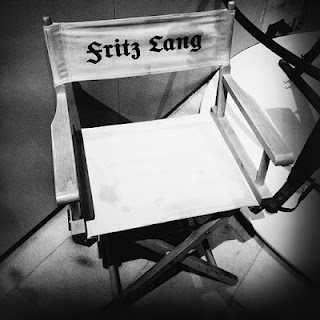 What should you think about if someone wants to use your property as a film location?
Property owners sometimes get approached by filmmakers or location managers.
They must ask your permission before using your land.
It's a good idea to have a location agreement put in place before letting them film – no matter how flattered or star-struck you might be.
The BFI, the Guild of Location Managers and the BBC film network all give guidance to filmmakers on scouting for locations and on what they should be looking for in a location agreement – for example:
·         Allowing the filmmakers not only to film in the location but also granting them the right to rehearse there and take stills for publicity.
·         Giving the filmmakers the right to call the location by a different name if they want to do so.
·         Granting the filmmakers the right to incorporate scenes filmed at the location in their film and the right to exploit the film in any medium throughout the world – the filmmakers will want to own all the intellectual property rights arising from their use of your premises.
·         Rights for the design team to make additions and alterations in and to the premises (possibly interior and exterior) - as owner you will want a corresponding obligation for the filmmaker, at the end of filming, to put the property back into the condition they found it (see below).
As a property owner, you may be happy to go along with these requests, but inevitably there are risks involved in letting someone film on your land.
You’ll want to ensure the location agreement contains certain protections for you and your property and that you’re paid properly for the use of your land.
Here are some points to think about:
·         The fees payable by the filmmakers (which will be negotiable) – whether VAT is payable – whether there should be a cancellation fee, for example if the venue is frequently used.
·         The duration of the agreement.
·         The dates of filming or period of notice to be given in advance of each filming date and the permitted hours of filming.
·         If the filmmakers want to be able to make alterations to the premises, agree a scope of works in advance or require your consent to be obtained; also agree a schedule of condition with photographs to be annexed to the agreement and require the filmmakers to reinstate the works and put the premises back into the condition they found them at the end of filming. Alternatively, prohibit alterations altogether.
·         There may be planning implications and the filmmakers should be responsible for obtaining all relevant permits and licences at their expense and indemnify you for any breach.
·         Ensure the filmmakers pay for all utilities used at the premises (such as gas, water, electricity, telephones).
·         Control the conduct of people using the property.
·         Check with your property’s insurers and make sure the filmmakers are fully insured and include obligations to indemnify you for all damage to property, death and personal injury.
·         Termination rights – whether the agreement can be terminated by either party and, if so, what notice must be given – and termination for breach.
·         Think about whether you want your property (and you) to be mentioned in the film credits - and provide for this in the agreement.
When filmmakers film in public places or municipal buildings they need permission from the police and the relevant local authority (which is likely to charge a fee) - the only exception to this is filming on a pavement, provided they don’t cause an obstruction.
Meanwhile, try not to let the fame go to your head!
Photo by mazpho.to via flickr
Posted by Jon Dickins at 08:20