Chancel Repair Liability – One Foot in the Grave 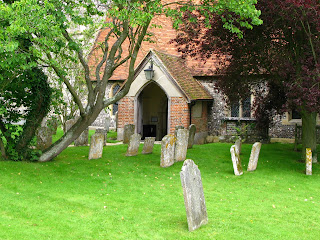 Chancel repair liability is a rare financial liability for owners of some land in England & Wales to pay for repairs to the chancel of their local medieval Anglican parish church.

The days of it being a nasty surprise for unsuspecting buyers are numbered due to a change in the law due to take effect on 13 October 2013, but for now the liability itself lives on and in some circumstances will continue doing so even after that date.


Historically, rectors were responsible for chancel repairs; a liability that passed to the monasteries when they bought up rectorships and then eventually passed to laymen when that land was sold and subdivided following Henry VIII’s dissolution of the monasteries.


Chancel repair liability is now governed by the Chancel Repairs Act 1932 ; collected by the Parochial Church Council (PCC); and those who are potentially liable are referred to as “lay rectors”.

It only applies to pre-Reformation churches (dating from before the 1530s) and it only relates to repair of the chancel, not the whole church (broadly speaking the chancel is the bit by the altar where the choir sit, but there’s no generally accepted definition).

There’s an excellent summary on Paul Hayek’s Clutton Cox blog and more information on the Church of England website.

Now I appreciate that, even if you’ve managed to read this far without bouncing off to Youtube, unless you harbour a particular fondness for ecclesiastical history, the story of this medieval hangover might, to paraphrase The Thick of It, leave you thinking the bailiffs are coming to take away your will to live.

That’s how most property lawyers felt about it too until 2003 when, after a protracted legal battle, the House of Lords ordered landowners Andrew and Gail Wallbank to pay a repair bill of around £350,000 after legal costs when they contested a demand for nearly £100,000 to fund the repair of their parish’s medieval church.

The case received considerable media attention at the time and led to the creation of a chancel search and insurance industry that’s since done rather well out of this peculiar anachronism.

Nicky Richmond, on her saysitstraight blog, says the bulk and fairly automatic purchase of insurance policies to cover the risk is a business that may now be worth at least £20m a year.

The problem for property buyers is it’s difficult to know whether or not there really is a risk of incurring this liability.

Chancel repair liability is currently classed as an “overriding interest”, which means it doesn’t have to be recorded at the Land Registry to be enforceable.

Records may be very difficult to find.

There are roughly 15,000 ecclesiastical parishes in England & Wales.

No diocese will have a complete register of parishes where lay rectors were responsible for chancel repairs and there’s never been any requirement for new landowners to be notified of the liability when land changes hands.

The land might not even be very near the church - any land in a parish with a medieval church (whether in a town or in a rural location) could potentially carry this liability, so location doesn’t always provide a clue.

The chancel searches commonly used don’t give you a definitive answer either – they just show if the property has a potential risk or not and, if it does, that’s usually when insurance is bought.

There may be some clues if the property has a name, such as “Rectory”, “Glebe”, “Parsons” and “Vicarage” (the name of the Wallbanks’ farm was “Glebe Farm”).

The only way of actually finding out more is to ask the Diocesan Registrar to carry out an extensive search of diocesan records and to undertake a search in person at the National Archives at Kew – a time consuming and costly exercise that’s rarely undertaken in most property transactions.

Hence the need for insurance, especially if the property is being mortgaged.

The insurance itself is relatively cheap – but is it adequate?

Insurance is rarely as good as it seems (or ought) to be and a glance at the small print (see again Nicky Richmond’s blog) shows policies differ in what they cover – the ones she looked at restricted the additional costs that can be recovered without the underwriter’s prior consent.

What actually constitutes the “chancel” is open to debate too, so when policies are limited to cover only repair of the chancel, the lack of an accepted definition could be problematic.

I wonder how much, if anything, has either been sought or paid out under such policies over the last decade?

The issue has been in the media again recently though , this time involving villagers in Gloucestershire where up to 30 households had received letters saying they were liable for church repairs. Luckily for them, the PCC decided in August to drop the claim after advice from the Charity Commission (although they insist it’s not a precedent).

The good news is that from 13 October 2013 the right to enforce chancel repair liability will only be capable of protection by registration of a notice against the property title at the Land Registry – so it won’t be an overriding interest any more.

If you’re buying land after that date, you won’t be at risk of chancel repair liability unless it’s been registered on the title – so there’ll be no need for a chancel search, just the usual investigation of title.

The bad news is that if chancel liability has been registered on the title, it will permanently affect the land.

The other bad news is that land acquired before 13 October 2013 will continue potentially to be bound by chancel repair liability until it’s sold.

Insurance may therefore still be advisable in some circumstances even after 2013.

The Court of Appeal in the Wallbanks’ case described chancel repair liability as arbitrary and unjustifiably discriminatory.

They also held that it contravened the European Convention on Human Rights and was therefore unenforceable – but the House of Lords disagreed on appeal.

The government has no plans to abolish it – in 2008 the previous government, responding to an online petition, said it was sufficient just to make the liability more discoverable.

The law requiring registration of chancel repair liability was actually passed in 2002 (Land Registration Act 2002), but Parish Councils were given a little over 10 years to get their ecclesiastical records in order and determine which land was affected and register accordingly.

I don’t know the extent to which they are doing so, although in this piece from the Telegraph in July, Tory MP Peter Luff warns the Gloucestershire case could be the “tip of an iceburg”.

The Charity Commission has warned that they if they don't register in time, individual members of the PCC could be liable for the repairs or even found to be in breach of their legal duties as trustees.

So are Parish Councils now busily registering their rights before it’s too late?

And will the next 12 months see more claims being made against unsuspecting lay rectors?