Will New Bill Draw a Line in the Sand for Boundary Disputes? 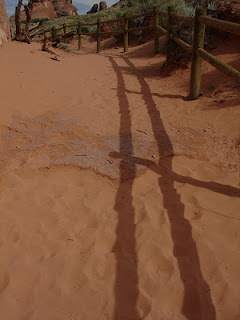 Boundary disputes are not good for your health, or your pocket.

Trying to sort out an argument over a boundary can result in years of despair, dangerously high blood pressure and soaring costs.

There’s a bill currently going through parliament however that might improve the way these disputes are handled in future.

The Property Boundary (Resolution of Disputes) Bill has its second reading on 30 November 2012.

The bill is currently being prepared for publication, but there was recently commentary on it from Pinsent Masons in the Estates Gazette (£) (29 September 2012). [Update 5/11/12 - the text of the bill can now be viewed here and I have amended this post slightly to reflect the terms of the bill].

The bill seeks to apply a dispute resolution mechanism similar to the one currently in place for party walls (under the Party Wall etc Act 1996) to boundary disputes.

The idea is the parties would jointly appoint a single surveyor to determine the dispute by making an award.

Alternatively, each party would appoint its own surveyor.

If they couldn’t reach agreement, the surveyors would appoint a third independent surveyor to resolve the issue.

Either party would have the right to appeal to the County Court within 14 days of the award.

Whilst that process might still seem a little cumbersome to some people, it’s surely better than litigation.

The costs of litigation can be steep and many cases end up being appealed, resulting in costs ballooning out of all proportion to the subject-matter of the dispute – between November 2011 and March 2012 for example six residential boundary cases were decided by the Court of Appeal.

Mostly, these are issues that should be resolved on the ground...literally.

The scale of plans used by the Land Registry means title plans are not always definitive, and will seldom assist with small boundary discrepancies.

There are complex rules and assumptions regarding accuracy, which are explained in this Land Registry guide.

The majority of title plans show only “general boundaries”, reflecting what the Land Registry considers to be a reasonable interpretation of pre-registration title deeds when compared to the detail on Ordnance Survey mapping.

In practice, when parties try to enter into discussions or mediation, they often become entrenched in their positions and unwilling to compromise.

The new bill might offer a workable solution - although the losing party is never going to be happy, however the dispute is dealt with.

Photo by quinn.anya via flickr
Posted by Jon Dickins at 10:04