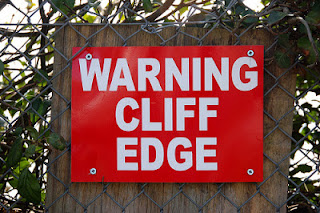 The New Year might have begun with one fiscal cliff avoided (for now maybe) but for one tenant the Old Year appeared to end in free-fall (pending the outcome of an appeal).

The latest* in a long line of cautionary break clause tales to hit the courts, reported by Cripps Harries Hall on their blog, concerns a tenant in Millbank Tower.

The break clause allowed the tenant to break the lease provided it satisfied various conditions including paying the rent up to and including the break date and paying one month's yearly rent as a reverse premium.

In June 2012, it paid a full quarter's rent and the quarterly service charge in advance (the June quarter runs from 24 June to 28 September (inclusive).

In September 2012, the landlord claimed that because the tenant had not also paid an amount equal to one month's rent as a reverse premium the break notice was ineffective.

The tenant claimed that the payment it had made included two months' rent up to and including the break date, and the one month reverse premium.

The court ruled in favour of the landlord, saying a full quarter's rent had to be paid plus the reverse premium of one month's rent.

Unless it succeeds on appeal, the tenant will apparently be liable for rent of almost £1.5 million over the next four years.

I can't comment on the particular facts of the case or the wording of the lease as I've not seen a full report, and anyway it's being appealed so we'll have to wait and see what arguments the tenant makes when the case is fully reported.

As a general point though, we have seen before that unless the lease specifically provides otherwise, there is no general common law right to apportion rent.

So, as a tenant, if your rent is paid quarterly, the break date falls within a quarter, and the lease requires you to pay rent up to the break date, you should pay the quarter's rent in full when it becomes due.

Any arguments over whether you should be reimbursed for the time you've paid for which falls after the break date are best left until after the lease has been successfully terminated.

Even though it might seem expensive to do so at the time, you must follow your lease terms to the letter if you wish to exercise a break, as the amount in question is likely to be far less than the cost of remaining the tenant of property you wanted to leave behind.

The appeal in this latest case is expected to be heard in February 2013 [Update 6/3/13 - the case was settled out of court.]

Photo by marcella bona via flickr
Posted by Jon Dickins at 09:43