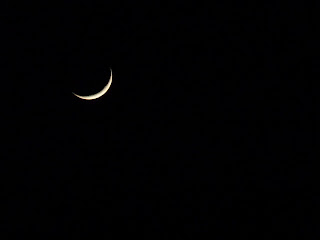 The Law Commission's consultation on reforming rights to light law, launched on 18 February, has been welcomed by most in the industry and has already sparked an interesting debate.

I can't help wondering though, will anything actually happen at the end of it?

The consultation document, which runs to 132 pages, is an impressive analysis and explanation of the current law and serves as a useful primer on the subject.

It also makes very cleverly argued suggestions for reform, particularly setting out clearly in chapter 3 the arguments for and against the recommended abolition of the creation of rights to light by prescription (the enjoyment of light through a window without interruption for a period of 20 years).

We've been here before though with easements.

The Law Commission reviewed the general law of easements and other rights over land in 2008 and produced another impressive report and draft bill in June 2011, this time running to 257 pages (which included rights to light, although it acknowledged at the time they needed looking at again separately in more detail, which is where the current consultation comes in).

The Law Commission says in its latest consultation: "We are currently awaiting Government's response to the recommendations made in that Report".

I hope they're not holding their breath.

The current consultation, which closes on 16 May 2013, is probably a once in a lifetime opportunity for a full discussion of these ancient rights to light.

Anyone with an interest in these things should try and respond.

The law relating to rights to light is a mess, making it very difficult to advise anyone (landowners and developers) with, ironically, any clarity.

That goes for the ways rights to light might be acquired when they are not expressly documented, such as by prescription or the surreal imagination of lost modern grant; and for the ways they might be enforced - by injunction or damages.

As Nicky Richmond comments on her Saying it Straight blog, developers now often have to design two schemes at the same time, one that interferes with these rights, and one that doesn't.

The mainstream press however has adopted a different angle - for example the Telegraph  on 19 February had the story on its front page - "Historic laws which guarantee householders the right to enjoy the light which comes into their homes could be scrapped to encourage the building of large developments".

The Law Commission is actually taking a more nuanced approach, and expressly states that the primary aim of the consultation is to investigate whether the current law provides an appropriate balance between the important interests of landowners and the need to facilitate appropriate development of land.

The government is keen to help developers, but what happens after the consultation and the Law Commission's final report is anyone's guess.

At the moment they'd probably rubber stamp anything that hinted at promoting growth.

Without any political will and parliamentary time however, this could end up being an academic debate, in more ways than one, with the next report on light joining the 2011 report on easements - on the shelf.