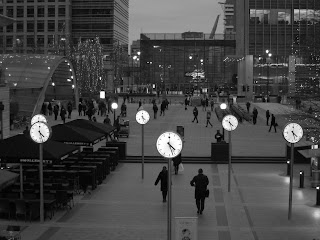 A change in regulations affecting companies and limited liability partnerships is in the offing which will mean that from 6 April 2013 charges created over rent deposit deeds will no longer need to be registered at Companies House.

The draft regulations*, introduced in September 2012 and amended in January 2013, are still only in draft form and so the clock is ticking to get them passed in final form in time for April. [Update 20/3/13 - they have now been passed, see the end of this post.]

The regulations introduce changes to the whole system for registering UK company charges - one that's been with us for over 100 years.

I'm not going to look at the whole system for registering charges in this post (here are some notes from BIS) - but briefly there'll be a single UK-wide registration system for charges created by UK companies and LLPs - so it'll apply to England and Wales, Scotland and Northern Ireland.

The 21-day limit for registering charges (that well-known and much-feared negligence trap which the Law Commission had wanted to abolish) remains (so failure to register still leaves a charge at risk of being invalid against a liquidator, administrator or creditor of the security provider), although criminal sanctions for failure to comply will be removed.

The system will be modernised too by enabling a new e-system for electronic registration of charges, although a certified copy of the whole charge will have to be lodged rather than the statutory form (MG01) currently used.

So what about rent deposits?

All charges must be registered at Companies House, unless exempt, and one of the exemptions is “cash taken or held by a landlord as security for the due performance and observance of a tenant’s obligations under a lease of land.”

So a charge in a rent deposit deed created after 6 April 2013 (assuming the regulations are in force by then) will be exempt from the requirement to register.

What will this mean?

The change doesn't mean a charge in a rent deposit won't be effective security, but it does mean it won't be either discoverable or open to inspection in a public register.

So it won't be immediately clear to third parties whether a charged rent deposit exists.

How will it affect landlords?

Registration used to offer some protection if the tenant became insolvent, as it would put the tenant's insolvency practitioners on notice that the charge over the money existed. Landlords usually want control over a rent deposit account, but they are now likely to insist that the account is also held in their name, rather than the tenant's name.

How will it affect tenants?

The rent deposit is also one of the tenant's assets, which might be more difficult to spot if the tenant itself becomes insolvent.

How will it affect buyers?

It makes due diligence more difficult, as you won't be able to search for the charges at Companies House. A buyer will therefore be more reliant on replies to enquiries, which might be non-existent if you're buying from receivers or other insolvency practitioners.

It's not clear at present when these regulations will be given parliamentary approval.

The latest mention I've found in Hansard is of a House of Lords Grand Committee on 6 February, when Lord Popat moved on behalf of the government that the regulations be supported.

Although broadly welcomed by all sides, there seem to be some concerns on the regulations in general (not specifically with regard to rent deposits), especially how they will be applied in Scotland.

It doesn't look like there's going to be much time for practitioners to get used to the new regime.

Thank you to the anonymous reader who commented on this post for letting me know.