RPI Still on the Road - Its Number's Not Up Yet 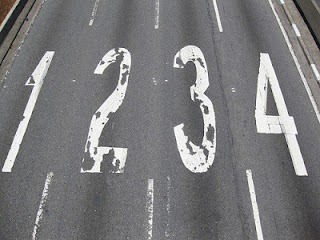 In my post last October -  Bean-Counting - Changing RPI & Index-Linked Rent Reviews - I wrote about the consultation being conducted at the time by the Office of National Statistics on whether to change the formula for calculating the Retail Prices Index (RPI).

Reports of the imminent demise of RPI turned out to have been exaggerated.

I'm a little late with this, but in case you missed it in January the ONS concluded that although they wouldn't use existing formula for RPI if they were inventing it now (it "doesn't meet international standards"), there shouldn't be any major changes to the method for compiling the index.

The ONS says there's significant benefit to users in maintaining continuity of the current formula.

There were concerns that the changes being put forward would have made the RPI move more slowly in line with the Consumer Prices Index (CPI).

One of the CPI’s key differences from the RPI is that it doesn’t reflect the cost of buying and owning a home.

There's actually a range of different inflation indices used by statisticians for different purposes (CPI, RPI, PPI, HPI...etc...), as explained by the ONS.

It's not clear at the moment what the point of this new index will be.

However, I've seen comment (for example this Eversheds briefing) that it might produce a lower rate of increase than RPI, so from a landlord's perspective it looks like it will be better to stick with RPI for index-based rent reviews.

Index-based rent reviews carry a risk however, no matter what index is used.

An index can be manipulated for reasons that are remote from questions of property valuation – political ones for example.

Professional Pensions (£) reports Aon Hewitt partner Lynda Whitney saying the creation of an RPIJ index will “only please statisticians” and fuel speculation that RPI could be altered in future, without addressing the current gap between measures

It’s hard to draft around this uncertainty in a rent review clause in ways that will be effective over a long period.

And more generally, although indexation may be a convenient way of trying to preserve the purchasing power of the rent a landlord receives, it doesn't reflect the trend in rental values – which is, arguably, what a rent review clause is really meant to do.

Then again, with average lease-lengths currently below 5 years with no rent review at all, any kind of rent review looks like a bonus...for the landlord.