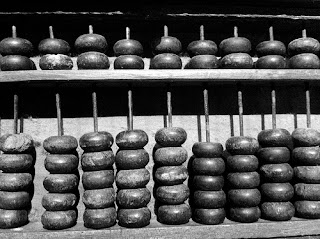 A landlord who failed to consult properly with its residential tenants before incurring service charge costs has nevertheless won a victory in the Supreme Court.

The UK's highest court has overturned a decision of the Court of Appeal to rule that a landlord can still recover the cost of carrying out work on a property from its tenants through a service charge despite not complying with statutory consultation requirements, provided that the tenants are not "prejudiced" by the landlord's actions.

The Landlord and Tenant Act 1985 and the Service Charges (ConsultationRequirements) (England) Regulations 2003 restrict the ability of a landlord to recover service charges from residential tenants (they don't apply to commercial property).

The 1985 Act restricts the landlord's ability to recover service charges for work to £250 from each tenant, unless the landlord complies with a four-stage consultation process or the Leasehold Valuation Tribunal (LVT) grants it a dispensation.

The LVT can dispense with the consultation requirements if it is "satisfied that it is reasonable to do so" under the 1985 Act.

On the facts of the case, he did not consider the tenants had been prejudiced.

I won't go into the detail (the Supreme Court summary is here), but the headline from this case is that landlords won't necessarily be punished for a procedural error.

Tenants will have to pay what they would have paid had the consultation requirements been complied with.

I'm sure this decision will be welcomed by landlords.

I don't tend to get involved much with residential service charges.

Those who do will have a more informed view on whether this important judgment brings clarity, or not.

Here is some useful analysis from CMS Cameron Mckenna, who conclude:

"And the winner is?

On balance landlords will benefit the most from the decision.  A relatively minor failure to comply with the Requirements will not leave the landlord unable to recover more than the statutory minimum from leaseholders, a landlord will only have to reduce the amount claimed to compensate leaseholders for actual prejudice suffered.  However the leeway comes at a price, a landlord will have to pay its own costs of the dispensation application and the tenants’ costs of investigating and challenging the application.  Overall the judgment in Daejan restores a fairer balance ensuring that leaseholders do not receive an unjustifiable bonus and that landlords are careful about observing the Requirements."

Photo by Marco Ooi via Flickr
Posted by Jon Dickins at 17:10