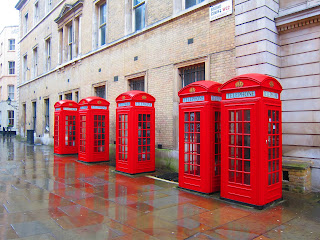 The Law Commission has recently recommended a shake-up of the Electronic Communications Code.

The Code was enacted in 1984 (as part of the Telecommunications Act 1984) to regulate landline telephone provision.

These days it applies not only to good old-fashioned landlines but also to the infrastructure forming networks which support broadband, mobile internet and telephone, and cable TV.

The Code aimed to strike a balance between the rights of telecoms companies to install, retain and maintain telecoms equipment on land owned by others, and the rights of the landowners themselves.

However, it's often been criticised in recent years for being out of date, unclear and inconsistent with other legislation - hence the LC's review.

The LC's principal recommendations include:

·         The landowner would be able to give 18 months' notice to bring the lease to an end, stating its grounds. If the operator served a counter-notice then the parties would either negotiate an agreement, or the matter would be dealt with by a tribunal.

·         If the operator does nothing, the landowner would be entitled to remove the equipment at the end of the term (unlike now).

·         One of the grounds for a landowner to oppose renewal would be if it can show it intends to develop the site in a way that requires termination of the Code rights.

·         When Code rights are granted, they would only bind the persons who granted them. So if a tenant with a 10 year lease grants a 5 year lease to a Code-operator, the rights generated by that agreement wouldn't bind the landlord (unlike under the present Code).

·         The Code operator would be able to upgrade its equipment, but only within the space granted and not so as to be visible from the exterior or so that it imposes a burden on the landowner.

·         There'd be an automatic right for a Code operator to assign its lease or wayleave to another Code operator, but landlords would be able to require the original Code-operator to guarantee its assignee's obligations (rather like an AGA).

·         Compensation paid to landowners by operators should be linked directly to the market values.

·         Bringing greater coherence to the requirements to register Code rights at the Land Registry.

The LC hasn't drafted a bill seeking to enact these proposals - it's up to the government now to decide whether to draft and implement a revised Code.
Posted by Jon Dickins at 09:52

Email ThisBlogThis!Share to TwitterShare to FacebookShare to Pinterest
Labels: Telecommunications