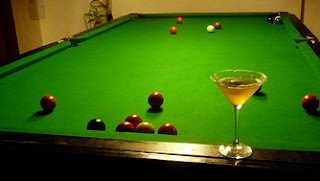 A tenant has finally had a lucky break in a case on break clauses.

In a judgment published last week*, Mr Justice Morgan, sitting in the High Court, has decided that where a break date falls in the middle of a quarter, in the absence of express wording a term can be implied requiring the landlord to repay to the tenant rent (and in this case insurance and service charge) paid for the period after the break date.

In this case the tenant, Marks & Spencer, had the right to terminate its lease on 24 January 2012. Rent was payable quarterly and it paid the final quarter before the break in full on 25 December 2011.

In the absence of express wording in the lease, Morgan J said it was "eminently reasonable" to imply a term that the tenant should be reimbursed the balance of the quarter once the lease has ended and that the implied term was "obviously what the parties meant" even though the lease contained no specific obligation to repay.

This was not the outcome however in the recent cases PCE Investors Ltd v Cancer Research [2012] and Cannonical UK Ltd v TST Millbank LLC [2012] - neither of which made it to the Court of Appeal because both cases were compromised (the links take you to earlier blogposts of mine).

Morgan J said the possibility of implying a term in this way was not considered in those cases - so he appears to be adopting a novel approach, and siding with the tenant (which goes against the grain of most recent break clause cases).

He also makes some interesting comments on when it becomes necessary to pay a full quarter's rent where the break date falls within a quarter.

The safest course of action (and I think it still is) has always been to pay the full quarter, unless the lease very specifically provides otherwise.

And in this case Morgan J says it was right for the tenant to pay the quarter in full because the break clause was conditional (it required payment of a further fixed lump sum) - so it wasn't certain at the point of making the quarterly payment whether the lease would actually end on the break date.

If the break clause had been unconditional however, Morgan J states that the tenant need only have paid an apportioned amount of rent - for the period from the 25 December 2011 to 24 January 2012.

This is because the rent was stated in the lease to be payable "proportionately for any part of a year".

So if the break clause had been unconditional, Morgan J has held that the amount payable on the preceding quarter day should be treated in the same way as you would treat the payment of the last rent instalment at the end of the term.

The lease in question would have ended on 2 February 2018, so on 25 December 2017 the tenant would only have been required to pay a proportionate amount of the last quarter's rent - so why should it be any different with an unconditional break clause operating mid-quarter?

This, as Morgan J says, is a common sense view.

However, notwithstanding this decision, the safest course of action would still be to pay the whole quarter - you don't want to risk messing up operating a break clause; it can prove very expensive.

In new leases, tenants should still try to ensure that the terms of a lease with a break clause expressly provide for a repayment of rent from the break date to the next quarter day, if this is intended. This is particularly important if the exercise of the break clause is conditional on the tenant paying a full quarter's rent.

I've not yet seen much commentary though from my more learned friends on this case (I have now - see below).

So it will be interesting to see peoples' views, and whether there is an appeal.

Here's a link to some interesting commentary from Wragge & Co - they think tenants may now be inclined to revisit  historic breaks to check what payments were made and in respect of what periods, particularly where a penalty payment was made.

As this was only a High Court decision turning on its facts, they agree that when exercising conditional breaks, the best advice for tenants will still usually be to make all payments due under the lease in full and seek any refund later. I think it would be a brave tenant who did not do that on unconditional breaks as well.

And here is a link to some more commentary from Reed Smith, who ask - will this be overturned on appeal? "We will have to wait and see but not much gets to the Court of Appeal these days in this area of the law so we may have to live with the series of High Court decisions."

Horgan Lovells comment however that they understand that the landlord intends to seek permission to appeal, so "watch this space".

Photo by Sam Felder via Flickr
Posted by Jon Dickins at 07:00