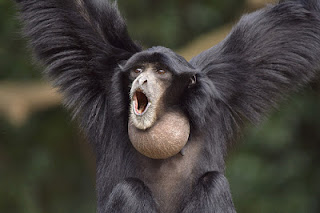 A long leaseholder of property in Hampstead Garden Suburb wanted to object to extensive basement works proposed by a neighbour (including putting a swimming pool under the back garden) which needed the Trust's consent.

The long leaseholder argued that if the Trust allowed the works to go ahead it would be in breach of its covenant for quiet enjoyment.

The court disagreed and held that the Trust, in properly exercising its powers and rights under the Hampstead Garden Suburb scheme of management, couldn't be in breach of its landlord’s covenant for quiet enjoyment.

The judgement makes some useful observations on what "quiet enjoyment" actually means in law.

"Quiet", in this context, has nothing to do with noise.

It means without interference or interruption of the possession.

Even more esoterically, "enjoy" doesn't mean what you might think it means, but is in this context a translation of the Latin word "fruor" and refers to the exercise and use of the right and having the full benefit of it, rather than to deriving pleasure from it.

There's always been scant enjoyment in the usual sense to be found in the law after all!

A tenant has a right to enjoy its premises without "substantial interference", which is a question of fact and degree.

So if a landlord has rights to develop its adjoining land, these would have to be balanced against the tenant's rights.

Landlords must not generally "derogate from grant" - meaning act in a way that was never intended causing substantial interference to the enjoyment of the premises.

There have been many examples over the years of what does and doesn't amount to a breach - and some of them are set out in the judgement below if you want to while away a few minutes.

When I was very much younger a friend and I rented a flat from someone whose idea of quiet enjoyment was to start carrying out substantial redevelopment of the property a few weeks after we'd moved in, to the ground floor, basement and garden.

I could use up several gigabytes of internet space ranting about that, but I'll spare you the real enjoyment of that particular bit of autobiography.