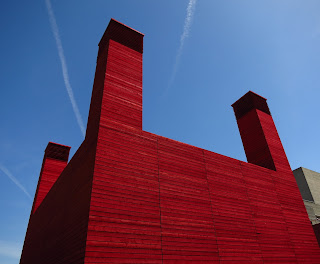 The Land Registry has recently changed its practice on the enlargement of long leases under section 153 of the Law of Property Act 1925.

The effect of the change is, to land law observers anyway, the bizarre outcome that you could end up with two freehold titles to the same piece of land.

In short, ever since 1925, a lease with an unexpired term of at least 200 years that meets the conditions in section 153 may be enlarged into a new freehold estate for the tenant.

The circumstances where this can happen are fairly limited - for example the original lease must have been granted for at least 300 years at a peppercorn rent and, crucially, there must be no ability for the landlord to forfeit the lease for breach (which excludes many leases).

Until quite recently, the effect of enlargement on the landlord’s title was rarely an issue for Land Registry, because the title was hardly ever registered.

If the landlord’s title was registered, the Land Registry would close it when it registered the tenant’s new freehold estate.

However, there's apparently been an increase in applications to register enlargements of recently granted leases where the landlord does have a registered title, which has led the Land Registry to review its approach.

From now on, when the Land Registry completes an application to register the enlargement of a lease as a new freehold title, it will no longer close the landlord’s current registered title.

So there could be more than one registered freehold estate in the same piece of land.

The Land Registry's justification for this change is academic uncertainty on whether the effect of section 153 is to extinguish the landlord's estate or to leave it continuing to exist in parallel with the tenant's new freehold estate.

The Land Registry will from now on make an entry in the property register of the landlord’s title recording the fact that a lease previously granted out of it has been enlarged under section 153.

The entry will also record the "possibility" that the landlord's registered estate has determined, "if that is the effect of section 153"; and another similar entry will be made in the new freehold title given to the former tenant.

What will this mean in practice?

It seems to me to create a fog of uncertainty - or at least blow the fog back into view, to stretch the metaphor, if the Land Registry is right about the uncertainty of the effects of section 153 that existed already.

If you're buying land that's been treated in this way, are you meant to buy both freehold titles? How do you deal with that when they are owned by different people? Does this create a potential ransom situation?

As I said, bizarre.

If you're buying or taking a lease of land, you now need to be sure there's no competing freehold interest.

The entries the Land Registry will make on the registers should alert a buyer or tenant to this risk, but it also makes it all the more important to carry out a public index map search - the search routinely done at the Land Registry to get a list of all the registered titles affecting a piece of land, both freehold and leasehold.

There may also need to be some amendment to standard pre-contract enquiries.

Property lawyers often deal with modern 999 year leases - this practice change will make them all the more careful to ensure those leases contain a forfeiture clause so that section 153 doesn't apply and they can't be enlarged.