Holding Over - A Risk for Tenants Too 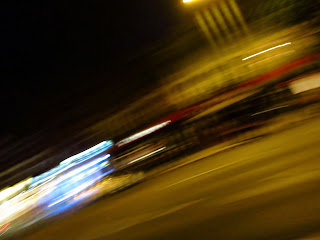 A recent case* shows that a tenant holding over at the end of its lease term can sometimes end up being a problem for the tenant rather than its landlord.

"Holding over" - where the tenant remains in occupation following expiry of the lease term -  is normally a risk for landlords.

The lease may have been "contracted out" of the Landlord and Tenant Act 1954, but the tenant could end up getting security of tenure anyway.

This case however shows there's also risk for the tenant in allowing negotiations for the new lease to drift whilst it stays put for an extended period.

The risk is the tenant may become liable for rent over an extended period if the court finds a new periodic tenancy has been created.

In this case, after the lease expired, it took the parties 20 months just to agree heads of terms for a new lease. Meanwhile the tenant was looking for new premises as the existing unit wasn't big enough.

Eventually it found somewhere else and gave its landlord 3 months' notice to leave.

The landlord applied to court for a declaration that the tenant had a secure yearly tenancy and won.

As a result, the tenant now had to give a year's notice expiring on the term day.

That meant it was liable for all the rent, service charge, insurance, outgoings, rates and taxes for another 13 months, even though it wanted to leave.

Normally a tenancy at will would be implied during the holding over period, meaning the landlord could ask the tenant to leave at any time.

In this case, the court looked at the behaviour of the parties and concluded there was an understanding the tenant would be given some notice before being asked to move out.

This was the tenant's principal office, filled with substantial equipment.

It was clear to the court that the tenant expected to have some form of protection.

If the landlord had tried to turf it out on a day's notice - which it would have been entitled to do under a tenancy at will when it learned the tenant had found somewhere else to go - then the tenant would have undoubtedly claimed that a periodic tenancy had arisen.

So what seems like a benefit for the tenant, turned round to bite it.

This case seems to have turned on the conduct of the parties and the particular facts, but it serves as a general warning.

It's a reminder too of the danger for landlords in allowing tenants to remain in occupation after the expiry of a contracted out lease, and how easy it is for an implied tenancy to be created, which would then be 1954 Act protected.

If you're going to let a tenant remain in the premises after the expiry of the term, document it as a tenancy at will before the time comes and agree terms for a new contracted out lease as soon as possible afterwards.