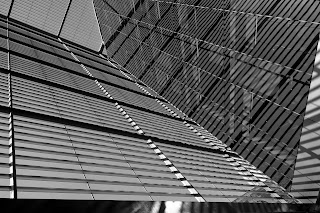 From 2018 there will be a prohibition on leasing energy inefficient commercial premises.

New regulations* recently approved by Parliament under the Energy Act 2011 will make it unlawful from 1 April 2018 to let commercial properties with the lowest Energy Performance Certificate (EPC) ratings of F or G unless certain limited exemptions apply (similar regulations will also apply to residential properties, but I don’t deal with them here).

It’s estimated that nearly 20% of all commercially let buildings in the UK have an energy efficiency rating lower than E, so this will have a significant impact.

Furthermore, many buildings currently rated E have the potential to be downgraded and also caught by the regulations.

There’s still time to act however, as the full impact of the new regulations is being phased in.

Firstly the regulations will apply to the grant of new leases, lease extensions and renewals.

Five years later the regulations will extend to all existing and new leases. So if you don’t improve the energy efficiency of a non-compliant property, it will be a breach of the regulations to allow existing leases to continue where the rating is F or G.

What are the exemptions?

·         Leases with a term of less than 6 months (provided the new tenancy doesn’t mean the tenant will have occupied the premises for 12 months or more in total), with no renewal provisions.

·         Where a tenant has refused consent to works being carried out, or where third party consent is required and has been refused (for example planning permission, listed building consent, mortgagee’s or superior landlord’s consent). You must be able to show you’ve used reasonable efforts to obtain the consent however.

·         If the steps required to improve energy efficiency would reduce the value of the property by 5% or more (which must be stated in a written report by an independent surveyor).

·         If any wall insulation required for improvement would damage the property.

·         If the required works don’t meet the “golden rule” under the Green Deal – ie that borrowing is limited to the amount saved on fuel bills over a 7 year payback period where Green Deal finance isn’t available (it isn’t yet for commercial property).

What are the penalties for non-compliance?

The penalties for non-compliance are civil, not criminal, and will depend on the rateable value of the property, but fines could be as high as £150,000 – a significant cost for any portfolio.

Who should bear the cost of the upgrade?

Dealing with the cost of statutory compliance is a challenge for both landlords and tenants and will put a strain on the workings of the standard commercial lease.

Under leases of whole buildings, the burden of statutory compliance will in most cases fall on the tenant – a most unwelcome liability for capital expenditure given that the tenant doesn’t actually own the building.

Where buildings are let to multiple tenants, with the landlord retaining responsibility for the structure, the position will depend on the service charge provisions.

The standard commercial lease doesn’t establish a framework within which these matters can be resolved easily or amicably. Instead, one party – either the landlord or the tenant, depending on the type of building - is basically the loser.

What effect will this have on the commercial property market?

The value and marketability of low-rated buildings is likely to diminish, unless they can be upgraded relatively inexpensively.

Lenders are likely to be concerned about the energy rating of a building and may impose extra obligations on borrowers to bring properties up to standard or be able to prove an exemption.

A significant proportion of income from investment portfolios comes from tenants with published environmental policies. The environmental performance of buildings will ultimately influence occupiers’ perceptions of quality – so buildings with poor ratings will be less attractive.

Poorly-rated buildings will command lower rents and are likely to have longer voids, shorter leases and more tenants will leave at the end of their lease terms.

Arguably the most risk is attached to the offices sector. Here there are fewer supply constraints and, in most locations, environmentally-influenced tenants will have a choice of newer buildings, built to higher standards.

What steps to take?

Landlords with poorly rated buildings in their portfolio, in order to minimise and spread the cost, should try and put in place energy efficiency improvements from now on during works of repair, replacement, refurbishment or refits, and take advantage of any void periods for doing the work.

It makes commercial sense for investors to review portfolios and start planning for this now – if they haven’t done so already.