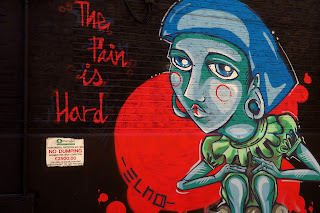 In a recent decision the Supreme Court* has refused to step in to rescue tenants from a very bad deal where the meaning of the language used in the contract is clear.

The case concerned the service charge clause in leases of chalets in a holiday park let in 1974 for terms of 99 years.

To put that in context, some other chalet leases at the park provided for a 10% increase every 3 years, which would result in a service charge of £1,900 by 2072. Actual inflation, based on the last 10 years, would result in a lower figure still.

The miracle - or disaster (depending which side of the fence you sit) - of compounding.

The Court recognised this had alarming consequences for the tenants, but ruled that this didn’t justify departing from the natural meaning of the clause.

When interpreting a contract:

·         The importance of the language of the provision shouldn’t be diminished by placing reliance on commercial common sense.

·         Commercial common sense can’t be invoked retrospectively to facts arising after the date of the contract. It’s only relevant to ascertaining how matters would or could have been perceived at the date of the contract. Just because an arrangement has resulted in bad or disastrous consequences, that doesn’t justify departing from the natural meaning of the wording used.

·         It’s not the court's function to relieve a party from the consequences of imprudence or poor advice.

The decision was reached by a majority of 4:1. The dissenting judge felt there was ambiguity in the clause and that the commercial aim was that each tenant paid a “proportionate part” of the costs and the second part of the clause was meant only as a cap.

However, the majority saw no ambiguity.

Only where there is ambiguity can the Court apply the principle of commercial common sense – not where the natural meaning of the language used is clear.

This is an objective test. If someone wants to argue a contract doesn’t reflect the parties’ intentions, then they would need to bring a claim for rectification.

This case is also a reminder that service charge clauses are subject to the same rules of interpretation as any other contractual clauses.

Tenants therefore need to assess carefully the effects of any fixed increases or other formulae used to calculate service charge liability throughout the term of a lease.

Against the high inflationary background of the 1970s – when inflation was higher than 10% per annum - the service charge increase imposed in these leases wouldn’t have seemed as unreasonable as it does today.

When entering into long term leases, it’s important to anticipate the future.