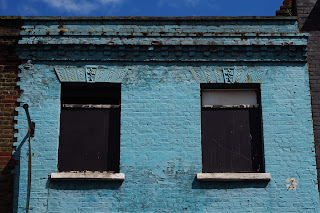 In a recent case* the High Court has been willing to determine the existence of a building scheme even in circumstances where there are doubts over the area affected by the scheme.

Why does this matter?

Restrictive covenants are a title-based impediment on development that operate independently of, and override, public policy led considerations, such as planning permission.

The law relating to restrictive covenants is complex and often misunderstood.

Developers of land may sometimes be able to get round old covenants if buying them out isn’t an option.

This is done either by title indemnity insurance where the covenants are very old and the original purpose and beneficiaries of the covenants have all but disappeared over time; or by the more cumbersome method of applying to the Upper Tribunal (Lands Chamber) for them to be modified or discharged under section 84 of the Law of Property Act 1925 – a process that is timely, costly and uncertain of success.

Where there’s a “building scheme”, even very old covenants can be kept alive and remain enforceable by the owners of individual plots and their successors between themselves, effectively operating as a “local law” for the area covered by the scheme and overriding any planning policy.

When developing an estate (usually houses), the original developer can create a building scheme so that restrictive covenants entered into by all the owners of the individual plots will be mutually enforceable between the plot owners, no matter when the covenants were entered into or when the plots were sold.

The covenants could say anything, but typically they will limit the number of houses that can be built on a plot and may also impose user restrictions.

The requirements for establishing a building scheme are:

·         A defined area – the area covered by the scheme must be clearly defined (usually by a scheme plan) and known to all the plot owners.

·         Reciprocity of obligation – there must be an intention to impose a scheme of mutually enforceable restrictions which is known to everyone in the scheme and is in the interests of all the parties and their successors.

Proving the surrounding circumstances and the parties' intentions where restrictive covenants are old and the evidence is incomplete can nevertheless be difficult.

However, in this latest case a developer was prevented by neighbouring owners from building more houses on a plot which formed part of a building scheme established over 100 years ago.

This was in spite of there being no overall estate plan.

Restrictive covenants had been imposed by indentures in 1909 and 1910, including a covenant limiting the number of houses that could be built, which prevented the developer from implementing a planning permission.

An adjoining owner claimed entitlement to enforce the covenant as part of a building scheme.

As the scheme was so old, the evidence for the scheme had to be pieced together from the title deeds of the developer’s plot (which included the 1909 and 1910 indentures); conveyances of other plots between 1906 and 1914 which contained similar, but not identical, restrictive covenants; agreements for the sale of two other plots dated 1908 and 1914 and the estate plans attached to those agreements; and historical evidence, including unsuccessful attempts to vary the covenants before the Tribunal.

None of the old conveyances contained an estate plan.

There were significant inconsistencies between the estate plans attached to the 1908 and 1914 sale agreements. The 1914 plan omitted over 30 lots shown on the 1908 plan. However, the Court decided these could have resulted from a mistake or perhaps a variation of the estate.

The Court also inferred that when the lots involved in the case were originally sold, there would have been estate plans attached to the sale agreements showing the same boundaries as the 1908 plan.

Once the Court had concluded there was a defined estate, it was able to show the restrictions were for the benefit of the various plot owners as the estate had been laid out for sale in lots and the covenants were all substantially the same.

Taking all these factors into account, the Court upheld the restrictive covenants.

Developers will be concerned at the implications of this decision.

The fact there were differences between the old plans on the 1908 and 1914 agreements makes it hard to reconcile the decision with established law that a buyer can’t be subject to an implied obligation to owners of an unknown and undefined area – that he must know both the extent of the burden and the extent of the benefit.

A separate application was made to the Tribunal for an order to modify or discharge the restrictive covenants under the 1925 Act, which has been suspended pending any appeal of the High Court’s decision.

It will be interesting to see the outcome if this case makes it to the Court of Appeal.