Permitted Development of Office to Residential to be Made Permanent 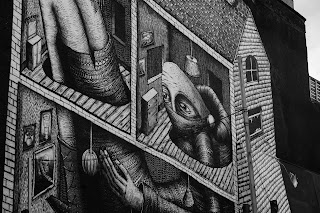 The government issued a press release yesterday announcing it intends to make permanent the permitted development rights (PDR) enabling conversion of offices to homes without the need for planning permission.

The PDR were introduced in May 2013 to allow a change of use from office to residential without the need for planning permission, provided external alterations are not required.

Only buildings actually used as offices have the benefit of the PDR.

There are other exclusions from the PDR, including listed buildings and buildings in some exempt areas.

The government says the PDR have meant that between April 2014 and June this year, almost 4,000 conversions were given the go-ahead.

Those schemes that are already underway will have 3 years in which to complete the change of use – ending potential uncertainty for developers.

The government announcement says the new PDR will also allow the demolition of office buildings and new building for residential use subject to prior approval by the local authority – details to be issued at a later date.

The new PDR will also enable the change of use of light industrial buildings and launderettes into new homes, subject to prior approval by the local authority – details to be issued at a later date.

Under the current PDR, developers must submit prior notification to the local authority before taking advantage of the PDR.

The authority then has eight weeks to consider the impact of the development, but only in relation to the specific issues of contamination, flooding, transport and highways.

It remains to be seen whether other criteria are introduced into the prior approval process – such as the loss of the most strategically important office accommodation, which was suggested in the consultation held last year.

There are currently areas in 17 local authorities in England consisting of individual buildings, roads or zones that are exempt from the rights, including large areas of London.

These exemptions will remain in place until May 2019, providing time for local authorities to consider making an Article 4 direction to remove the PDR and require a planning application for any proposed change of use.

Those who already have prior approval or who secure permission will have 3 years in which to complete the change of use.

For a more detailed look at PDR I would recommend the excellent Martin Goodall’s Planning Law Blog.
Posted by Jon Dickins at 14:55