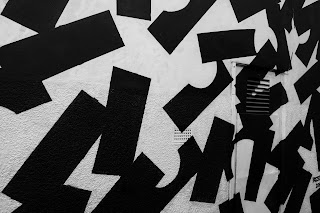 The Supreme Court has today issued an important judgment* and rejected an appeal by Marks & Spencer, who was seeking to recover from its former landlord rent relating to the period between the break date in its lease and the end of the rental quarter within which it fell.

The break date was 24 January 2012 and the right to terminate the lease could be exercised by M&S giving 6 months’ prior written notice.

The break clause had required M&S to pay a full quarter’s rent in advance (and a further fixed sum) for it to be validly exercised.

M&S duly paid the full quarter’s rent and the fixed sum, and the lease terminated on 24 January 2012.

M&S subsequently brought a claim for the return of the apportioned rent for the period from 25 January to 24 March 2012, contending that there should be implied into the Lease a term that it should be entitled to a refund from the landlord of the proportion of the rent paid in respect of the period from the date of termination up to and including 24 March 2012.

Similar claims were made by M&S in respect of the car park licence fee, the insurance rent and the service charge.

There was no express clause in the lease entitling M&S to a reimbursement of the amount paid in respect of the period beginning on the break date and ending at the end of the quarter.

Here’s a summary of the reasons:

The judicial approach to the implication of contractual terms represents a clear, consistent and principled approach. A term will only be implied if it satisfies the test of business necessity or it is so obvious that it goes without saying; it will be a rare case where only one of those two requirements are met.

The implication of a term is not critically dependent on proof of the actual intention of the parties.

If one approaches the question by reference to what the parties would have agreed, one is concerned with the hypothetical answer of notional reasonable people in the position of the parties at the time they were contracting.

It is a necessary but not sufficient condition for implying a term that it appears fair or that one considers that the parties would have agreed it if it had been suggested to them.

Applying that reasoning to the facts, the Court said it was well-established that rent payable in advance is not apportionable in time in common law or by statute.

Given the clear, general understanding that neither the common law nor statute apportion rent payable in advance on a time basis, it would be wrong, save in a very clear case, to attribute to a landlord and a tenant, particularly where they have entered into a full and professionally drafted lease, an intention that the tenant should receive back an apportioned part of rent payable and paid in advance.

The same conclusion applied to the car park licence fee and the insurance rent, but not to the service charge, in respect of which there is a specific provision which contemplates repayment.

The best advice remains that where a break date falls in the middle of a quarter and the lease does not provide for part payment, pay the full quarter's rent as there's no common law right to apportion it.

Sacrificing the balance of the quarter's rent, in most cases, will be a price worth paying for effectively bringing the lease to an end.

Tenants negotiating a break date in a new lease should ensure, where the break date has to be inside a quarter, that there’s specific obligation on the landlord in the lease to reimburse the balance of the rent if the break right is exercised.