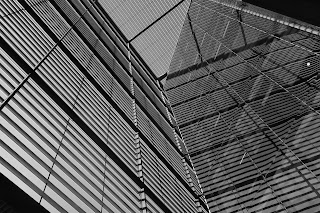 In a recent decision*, the High Court has ruled that a tenant may not assign its lease to its guarantor.

Any agreement that seeks to give effect to an assignment to a guarantor is void under Section 25 (1) of the Landlord and Tenant Covenants Act 1995 because it frustrates the purpose of the 1995 Act.

In short, the 1995 Act provides that on an assignment by a tenant the tenant is released from its covenants.

But, by assigning the lease to the guarantor, the guarantor (as incoming tenant) becomes bound by the tenant covenants – so in reality there is no release of the guarantor because it has re-assumed those liabilities as assignee, which frustrates the operation of the 1995 Act.

There may be legal logic in this, but the commercial effects are absurd where all parties, the landlord, the tenant and the guarantor, as in this latest case, want the transaction to take effect.

The High Court’s reasoning stems from comments made obiter by Lord Neuberger in K/S Victoria Street.

The landlord tried to argue that these were sequential events – first the guarantor was released and then, secondly, it became liable as assignee.

The problem is the 1995 Act did not provide for this situation – it treats everything as happening at the same time which therefore permits an argument that assigning to a guarantor frustrates the purpose of the Act.

The effect of this judgement is that assignments to guarantors are void.

This may have provided clarity (for now) on whether such assignments are permitted -  and many leases now prohibit assignments to guarantors - but it begs a number of important questions concerning assignments that have already taken place.

Such as what about assignments that occurred in the past where the assignee has gone on to assign the lease to someone else? It now seems they did not have title to do so.

Or what about assignments to guarantors that have been registered at the Land Registry, which is supposed to be a guarantee of title? If those assignments are now void, what is the status of the registered title?

Or where subleases or charges have been granted by such an assignee?

These questions may result in further litigation down the line. Perhaps it’s time for the 1995 Act to be amended.

It’s too early to know whether there’ll be an appeal in this latest case.